Here’s Why You Shouldn’t Purchase iPhone Accessories From Amazon

Being the largest online retailer will give room for counterfeit products to be sold in a quick flurry. Counterfeit products being present on Amazon can bring a ton of loss for consumers, both mental and financial and Apple has decided to take strict action against manufacturers of these products found listed on Amazon.

Apple has filed a lawsuit against Mobile Star; the Cupertino tech giant has accused the firm of infringing upon its registered trademarks and copyrights by selling counterfeit 5W USB Power Adapters and Lightning to USB cables on Amazon as well as Groupon. According to the company, counterfeit power products pose a significant danger to consumers for a number of reasons, which have been listed below: 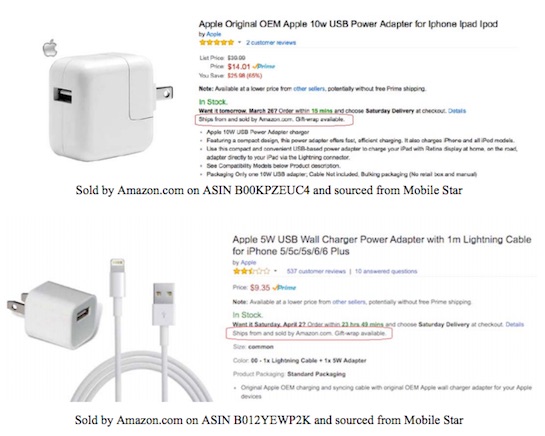 The lawsuit states that the complaint stems from the products that are shipped and sold by Amazon through its ‘Fulfilled by Amazon’ program, and these products were listed as genuine Apple products. One reason why these products became an immediately popular product is because they were using Apple’s own images, and sold the items for a much smaller price tag compared to the pricing listed on Apple’s website. Apple has also found out that nearly 90 percent of the accessories listed on Amazon that were listed as genuine products turned out to be nothing more than counterfeit items being sold at affordable prices.

“Over the last nine months, Apple, as part of its ongoing brand protection efforts, has purchased well over 100 iPhone devices, Apple power products, and Lightning cables sold as genuine by sellers on Amazon.com and delivered through Amazon’s “Fulfillment by Amazon” program. Apple’s internal examination and testing for these products revealed almost 90% of these products are counterfeit.” 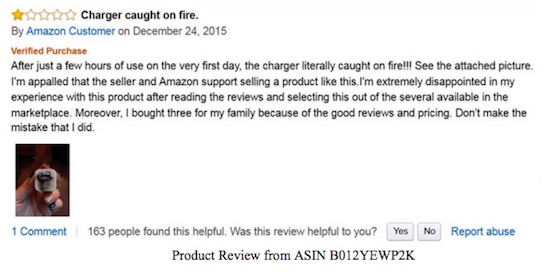 Apple is now seeking damages of up to $150,000 for each registered copyright infringed, in addition to damages of up to $2 million per trademark infringed. The tech giant has also demanded a jury trial in the case, which has been titled Apple Inc. v. Mobile Star LLC. Amazon has updated that it has zero tolerance for counterfeits and will be working more aggressively with product manufacturers and brands to make sure that such products do not appear in the listings ever again.