His has unveiled two new low-profile graphic cards which are based on the HD5500 series GPU's, The HD 5550 and HD 5570. The cards will come in both 512/1024 mb variants and will have a GDDR5 memory which will double the memory bandwidth of the GPU's. The card's are based on the 40nm Redwood core and both have memory operating at 1000 MHz (4 GHz effective).

The HD 5550 is a Direct X 11 compliant GPU and comes with 320 stream processors. The card has a 128 bit wide memory interface amd the Core clock is set to 550mhz. The card usually comes with GDDR3 memory but HIS has made it GDDR5 which will improve the performance of the GPU. While the HD 5570 has the Core operating at 650mhz and other specs are same using a GDDR5 memory. The other feature of the Low profile card is that they a cooled with a passive cooler which means no noise as there's no fan and they occupy a single slot. The price of the HD 5550 are known to be 89 pound for 512MB and 99 pound for 1GB , the price of HD 5570 are yet to be revealed. 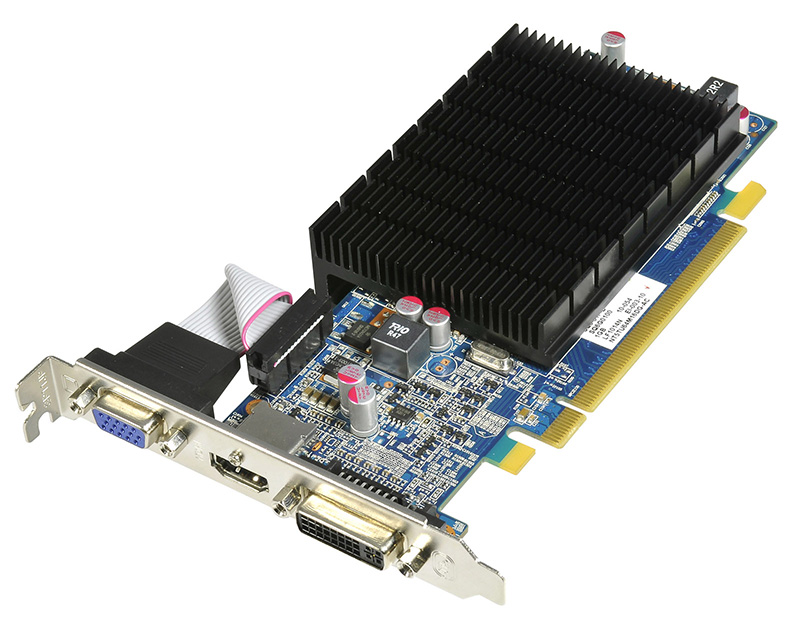