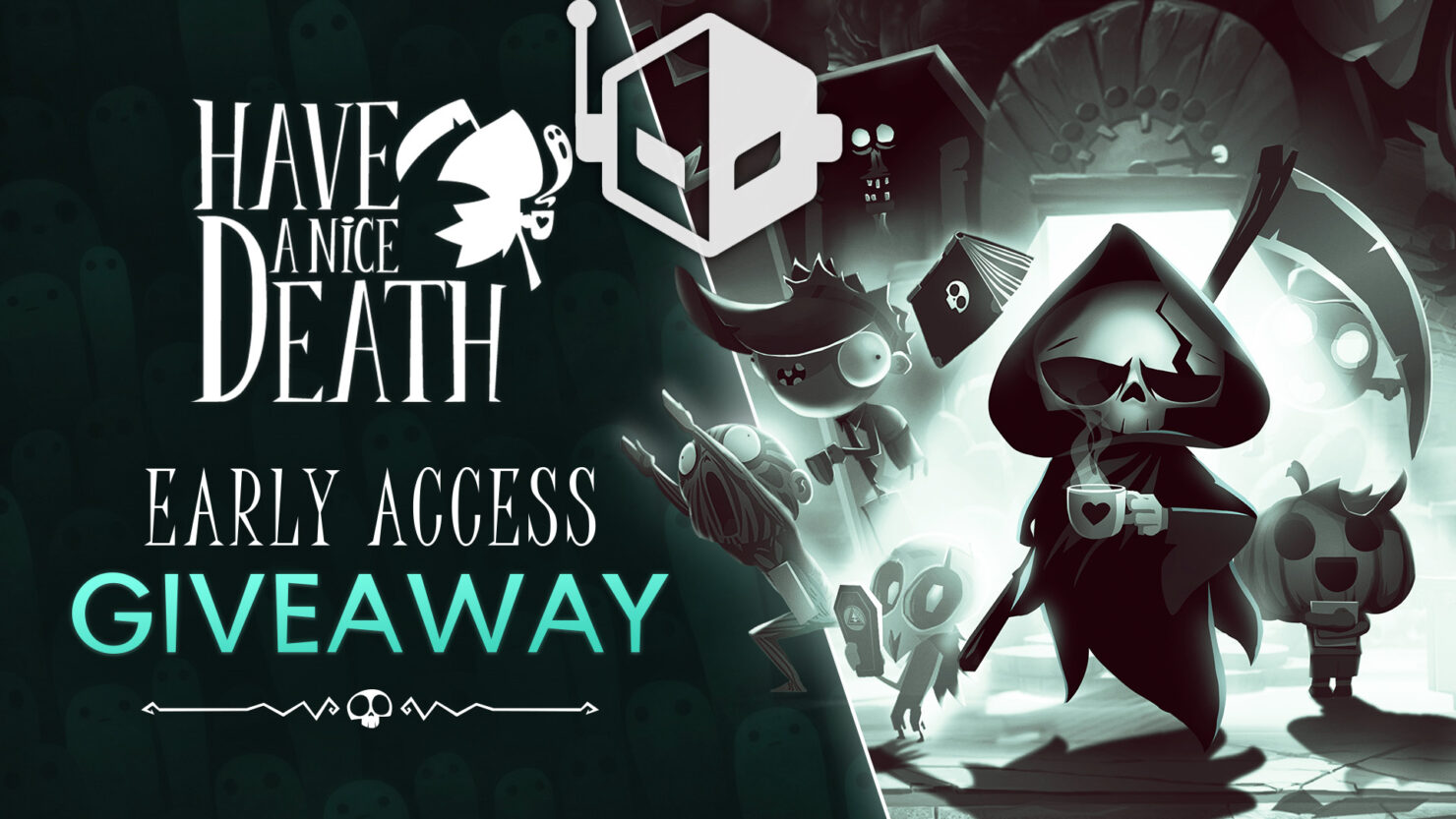 Handdrawn 2D action roguelike game Have a Nice Death just received its first early access update titled Infrastructure Development. To celebrate the occasion, Magic Design Studios and Gearbox Publishing have partnered with Wccftech to give away 10 Steam codes in a raffle.

The giveaway will run for a week. We'll draw the winners next Tuesday - good luck!

Have a Nice Death Giveaway

Lobby Challenge – Meet Jocelyn, Death Incorporated’s elevator, who offers a series of
exciting challenges in between runs. Each challenge unlocks an instant bonus, such as
a new weapon or spell. However, some challenges have a set requirement -- failure to
complete this task will lead to a major consequence, like less health, less mana and
much more.
Full Access to Modern Warfare Department – We gave everyone a small taste of this
world when Have a Nice Death released last month. Starting today, you’ll now have
access to the entire level, complete with five different enemies: a veteran armed with a
drum of explosives, a headless figure who leaves behind land mines, a fire-breathing
pyromaniac, a cadet with homing missiles and an unhinged pilot who drops bombs from
above.
Breakroom Upgrades and New Relaxation Area - Visit the new water cooler in the breakroom, where you can trade Soulary in for Anima to restore health. There's also a new vending machine where you can randomly score a new item or take damage if the machine is broken. If you need a break, you can visit the new Relaxation Area where you can pick up a healing cup of Koffee for free and rest up.
New Thanagers – Management has hired four new Thanagers (mini-bosses) to reign
terror at Death Incorporated:
o Leon Clean is the custodial engineer responsible for keeping the Hall of Eternity
spotless. Watch out for his deadly vacuum which projects deadly trash.
o X4-H is a dangerous mutagen with uncontrollable saliva who has taken over the
Industrial Pollution Department.
o Richard J. Barron can also be found wandering the Industrial Pollution
Department. In a former life, he was a crooked oil tycoon who profited from fossil
fuel.
o Ms. Camille Flage may look slow, but she is a fury unleashed and has an insane
vertical attack. She can be found trudging through the Modern Warfare
Department.

Added Spells – Recruits can discover five brand new spells that give you the power to
flambé enemies from a distance, deal massive damage with a single detonation, along
with other abilities.
Bug Fixes and “Quality of Death Improvements” – We’ve tasked the minions at
Magic Design Studios with updating game mechanics and fixing issues that our mortal
players have reported in the first month of development.