We Happy Few Gets 15 Minutes of Pre-Alpha Gameplay

It’s a first-person game, set in a procedurally generated, fully 3D city that you must escape before society collapses around you. But, like any good roguelike, you’re probably going to die a few times before you figure out how it all works.

Compulsion Games have also just launched a Kickstarter campaign for We Happy Few. In We Happy Few, you play as a Downer - someone off their happy pills. There are three Downers to unlock and play: 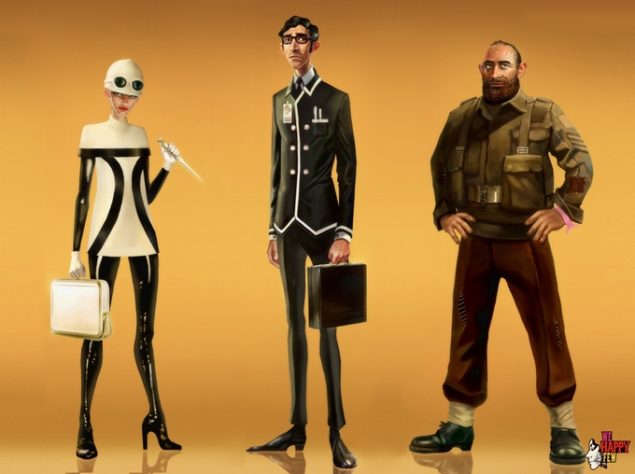 The playable characters are not typical video game heroes - they are flawed and not particularly heroic, warped by the trauma their world has been through. They are haunted by terrible things they’ve done in the past, and they each have something they urgently need to accomplish.
Each one has a story to play through. Their stories all interweave, so by playing one character, you can unlock new ones. And, each character has his or her own strengths and weaknesses, which change how you play the game. 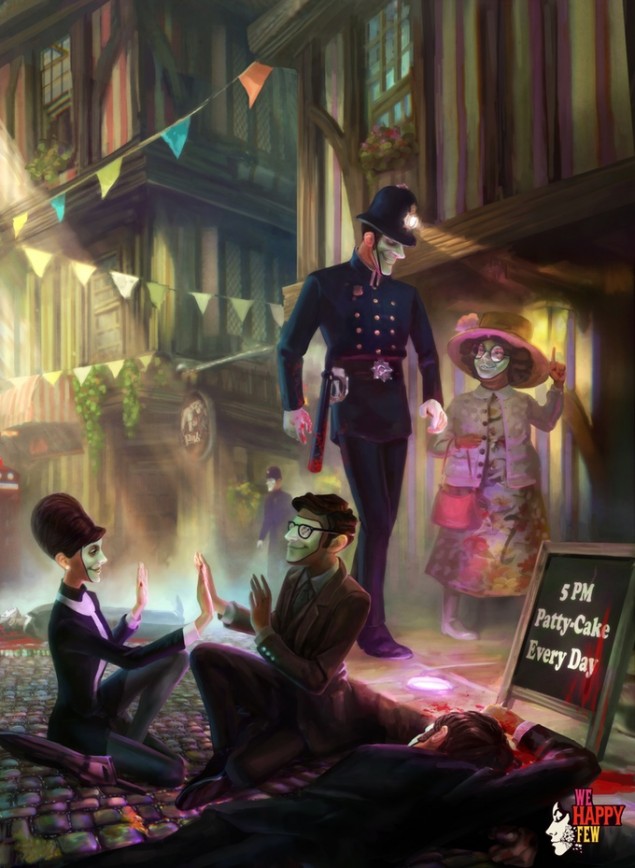 A game of paranoia and survival, in a drugged-out, dystopian English city in 1964

We Happy Few stories are definitely Not Appropriate For Children, unless your children are already reading Neil Gaiman novels, in which case, good on you. But don’t worry, it’s not all frowns and sadness! It’s also laced with dark humour, hope, and even a spot of redemption.

There is also a bunch of special NPC types, who’ll make your life a tad more difficult:

In We Happy Few's psychedelic, retro soundscape, we're embracing the musical revolution of the 60s. For example, in the Village, our ambient theme takes inspiration from early 60s space-enthused electronic music, while the Wellies listen to the ultra perky 60s pop, mod, and lounge that is pouring out of the Village speakers and televisions. Our composer and sound guys have been doing a lot of experimentation with vintage 60s instruments (such as mellotrons and other things we secretly suspect aren't real instruments) and recording techniques, and we're very excited with how this will shape the atmosphere and tone of our happy yet unsettling world.

We will bring you any new information on We Happy Few as soon as it becomes available.