The upcoming first person shooter game Halo 5: Guardians released it first beta gameplay video to Xbox owners and it shows stunningly stable gameplay to boot. The '343 Industries' team after getting done with Halo: The Master Chef collection have turned towards the sequel to the game Halo 5: Guardians which is easily on of the most anticipated titles at E3 2015. The Xbox exclusive game has earlier been reported to run at 60 frames per second on 720p on its native platform. The game for the very first time, will also feature a 'Spectator Mode'. 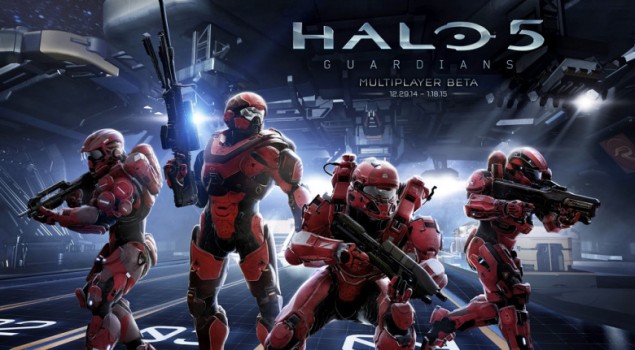 The beta mode of the game will run for three weeks, available only to those who will buy a copy of Halo: The Master Chief Collection. The beta version of Halo 5: Guardians includes three game modes with 4v4 battles and a total of seven, arena-based maps. Last month, Josh Holmes, studio head for the game, said that the focus for now is totally on the beta version of the game where they look to stablise the game at 720p and 60 fps:

“For the beta, at this point we’re totally focused on gameplay.”

“We’re midway through development. We’re balancing and tuning the gameplay systems. All of the polish and optimisation graphically is stuff that typically comes towards the end of the production cycle.

“So, for the beta, we’re going to be coming out at 720p and 60fps. That’s not the final resolution for the game. You can imagine as we go through the remainder of the project we’ll be focused on polishing the visual look of the game. You can expect it will look amazing when it comes out.”

And amazing it looks, In a video reported by Dual Shockers, the game displays some very eye catching graphics and the game is very stable, more than ones released recently.

The video is posted on YouTube, by a user named Drew Cordoba who racked up 37 kills to zero deaths on the Regret map. The gameplay of the YouTube player is quiet impressive given that it was a new game and dynamics of the new beta version still need some getting used to.

The game, as you can see is quite stable at this stage and the graphics are quite good. The game represents no apparent lag and if this is the beta stage testing then it will be very interesting to see what the final game looks like.