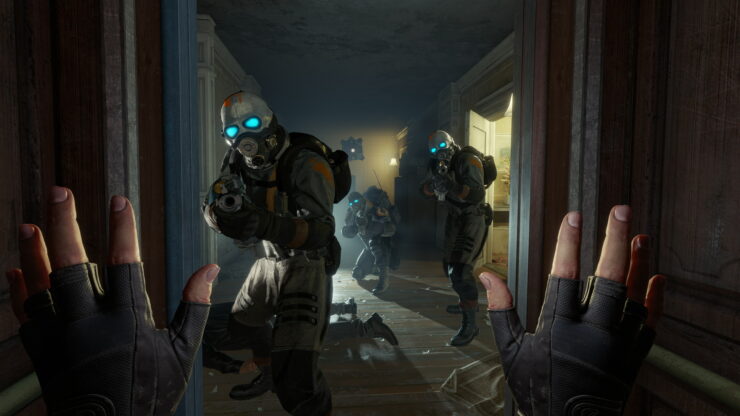 Half-Life: Alyx marks the return of the Half-Life series after years of silence, and it seems like the VR game will not be the end of the series.

Speaking with Game Informer, Valve developer Robin Walker stated that the team considers Half-Life: Alyx their return to the world, not the end of it.

Half-Life means a lot to us, and it's been incredibly rewarding to refamiliarize ourselves with its characters, setting, and mechanics. There are team members who have been at Valve since Half-Life 2, and quite a few who go back to the original Half-Life. There are also people on the team for whom Half-Life: Alyx is their first time working on this series at all – and many of them certainly hope it's not the last. We absolutely see Half-Life: Alyx as our return to this world, not the end of it.

While this not a confirmation that Half-Life 3 may be coming in the future, it is definitely reassuring to learn that the series is far from being completely done.

Half-Life Alyx is s only playable in VR. All headsets will be compatible with the game, but the Index headset is recommended to fully enjoy the game.

Valve’s return to the Half-Life universe that started it all was built from the ground up for virtual reality. VR was built to enable the gameplay that sits at the heart of Half-Life: Alyx.

Lean to aim around a broken wall and under a Barnacle to make an impossible shot. Rummage through shelves to find a healing syringe and some shotgun shells. Manipulate tools to hack alien interfaces. Toss a bottle through a window to distract an enemy. Rip a Headcrab off your face and throw it out the window.