One has to admit that after wiki leaks, cyber attacks have become one of the most feared forms of bullying. Hacking has increased over the years and no one seems to be safe from it, whether it is the life of a teenager being hacked into or the life of a politician. You can save your computer from getting hacked by disconnecting your internet connection but trust me, this alone isn’t enough anymore to save your data from getting corrupted.

In Israel, some scientists have shown an entirely new method of extracting data from physically isolated or air gapped computers. This method involves a malware attack that finely extracts data from the sound that is generated by the PC’s internal fan. Interesting, isn’t it?

This malware program has been devised by researchers in the Ben-Gurlon University of Negev Cyber Security Reseach Centre. This malware program, called the Fansmitter can now be used to turn the simple process of keeping the PC cool and ensuring smooth operation, against us. A very exciting and scary thing at the same time, isn’t it? The researchers wrote in their paper that the program once infects the computer; it can “acoustically extract data from air-gapped computers, even when audio hardware and speakers are not present.”

But how does this program function? The answer is fairly simple. The malware regulates the fan’s speed and generates an acoustic waveform that is emitted by the PC itself. Fansmitter like some parasitic form, takes some data from the PC, takes over the operation of the fan and regulates its speed according to the data form and uses this function to generate very subtle audio signals that are detected from devices present nearby.

According to what the research team explained, “Binary data can be modulated and transmitted over these audio signals to a remote microphone (e.g. a nearby mobile phone)”.

This isn’t the first time that audio signals are being manipulated to extract data from computers. Over the years, many malware programs have been used to use similar techniques on internal and external speakers. These devices generated audio signals that were then captured by other devices. This capability of using audio signals for hacking, led some people to believe that in order to secure their computers, audio gapping is important along with air gapping the computers. But science and history has shown that hackers always find new ways to do their thing.

Limitations of this malware

However, for this attack to actually work, the computer has to be infected with the Fansmitter first. For a computer that is air gapped, infecting it with a malware isn’t so easy. Infecting it usually requires some sort of physical access and using infected USBs have been a common form of getting this required access.

Yet another problem that was detected by the researchers is that the fansmitter malware is extremely slow and can extract data at a rate of only 900 bits per hour. It may be fast enough to extract valuable information, but in this fast world where everything needs to be done quickly, it’s still not a very good speed. Joshua Kopsteinat Motherboard has very clearly commented about the malware’s speed and said, “While that’s hardly ideal for downloading a new Taylor Swift album, it’s just fine for stealing passwords and encryption keys.”

This study has been published on the pre-print website arXiv.org. This study hasn’t been fully reviewed yet but the researchers are working tirelessly to get feedback from other researchers before this study goes for publication. For most of us, hacking may not be an issue, but for those of us are concerned about hacking, well it would be best to be careful and keep your eyes open for strange looking phones that may be lying near your desktop computers. 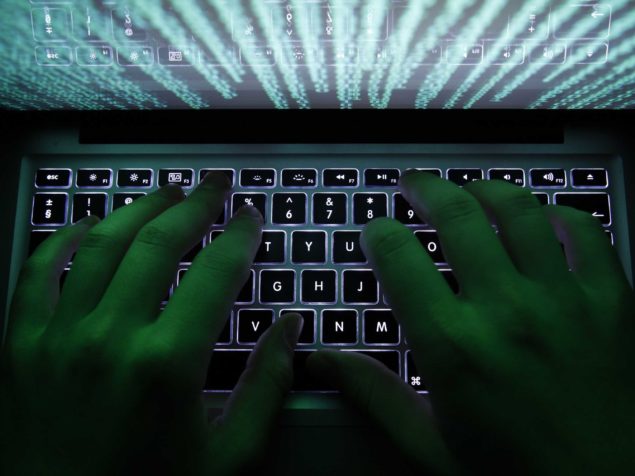