It looks like Microsoft's luck is finding no way out of the dark hole, this time the company has been trolled by a group of hackers, which took over the official @XboxSupport twitter account and claimed that they have hacked the official @Xbox Twitter account as well as the Xbox Instagram Page. The attack reportedly lasted for about 3 hours before Microsoft managed to bring things back to normal.

The official @Xbox Twitter account was already messed up a bit when lately a tweet made from it asked @XboxSupport for help on a Kinect related bug, but this time, the matter looks pretty unsmiling for Microsoft. Today, a group of hackers known as Syrian Electronic Army managed to hack three different official Xbox accounts.

Syrian Electronic Army proclaimed that they have hacked the official @Xbox Twitter and Instagram account by posting two android screepcaps (which can be seen at the end of the post) of both the accounts on their Twitter page, access to "Edit Profile" in both the accounts was shown in the screencaps. Of course, the hackers did not qualify to present any solid proof supporting their claim as the screencaps could be edited and no activity on both the accounts showed that they were compromised, but this was only until the group hacked official @XboxSupport account and started making tweets through it.

NeoGAF user Moa first reported the irregular tweets that were coming from official @XboxSupport account, claiming that Syrian Electronic Army has taken control of the account. The time stamps of the tweets show that the attack lasted for about 3 hours, but Microsoft took notice of it only 27 minutes after the first malicious tweet appeared.

In addition to all this, the hacking group also said in a tweet that someone should really aim for better passwords. It is not sure that to whom the tweet refers, but it addressed a Microsoft employee. "A Microsoft employee wanted to make his password more stronger, so he changed it from “Microsoft2″ to “Microsoft3″ #Happened #SEA," said the tweet by the hacker group.

Microsoft has taken back the control of all Xbox account, but no official statement has been made by the company yet. Please stick to this post if you want to see Microsoft's reaction (If there is going to be any) to this matter. 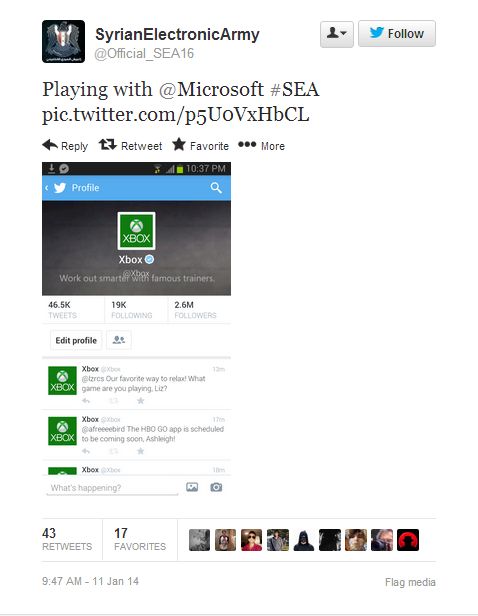 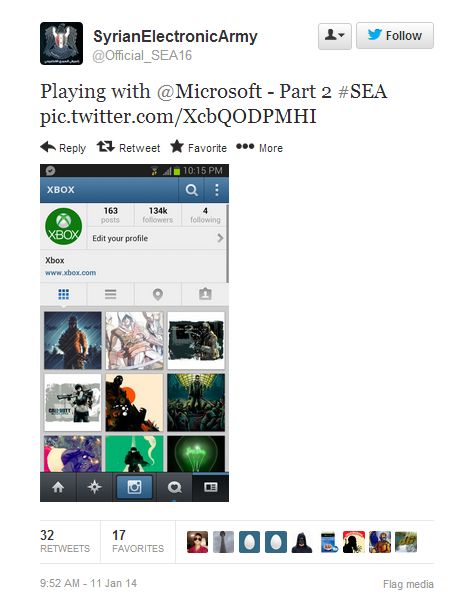