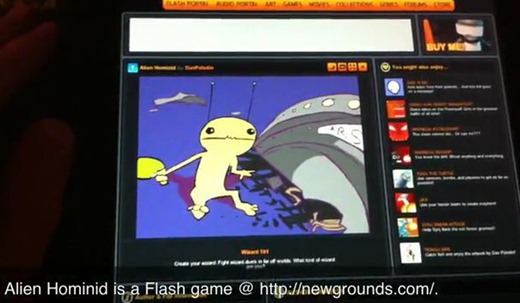 A well known iPhone hacker by the name of "comex" has managed to port the Flash runtime for the Android OS to the iPad. In order to use this, your iPad must be jailbroken, and after that its as simple installing "Frash" (flash for the iPad),  opening Safari and playing any Flash content you want.

Here's a video of Flash running on the iPad:

Frash is a port of the Adobe Flash runtime for Android to the iPhone, using a compatibility layer, by comex ( http://twitter.com/comex ). Frash can currently run most Flash programs natively in the MobileSafari browser. Frash currently only runs on the iPad, but support for other devices (3GS+ only due to technical restrictions) is planned, as well as support for iOS 4.

A release is planned for when Frash is stable. Developers are welcome to join the effort at http://github.com/comex/frash – fork it and send a pull request with your patches.