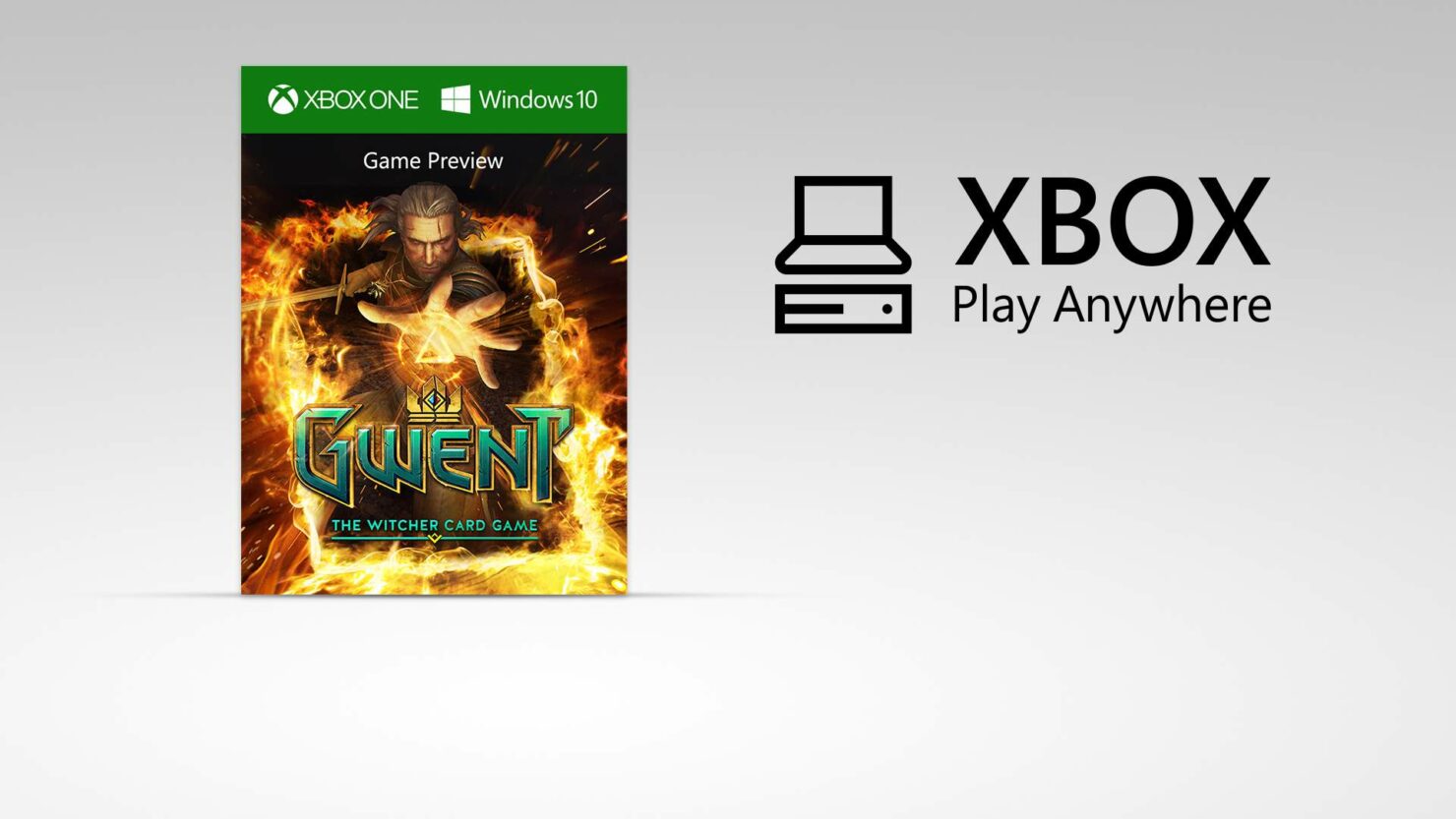 CD Projekt Red has announced that GWENT The Witcher Card Game is an Xbox Play Anywhere title and is available now on the Windows 10 Store.

Being an Xbox Play Anywhere title, purchased items and in-game progress will carry over between the Windows 10 PC and Xbox One versions of the game. Down below you’ll find instructions on how to make use of the feature:

To take advantage of Xbox Play Anywhere, you will need to have installed the Windows 10 Anniversary Edition update on your PC (if your Windows 10 system is up to date, it means you already have it), as well as the latest update on your Xbox One console.

Then, simply log into your Xbox Live/Microsoft account and start playing GWENT to pick up where you left off on another Xbox One or Windows 10 PC.

“I would like to thank all the fans for supercharging us to make standalone GWENT happen. Thousands of e-mails in dozens of languages coming from all around the world, the phone calls, the forum posts, and more than 40 fan made versions – all this, and everything in between, didn’t go unnoticed,” said Marcin Iwiński, CD PROJEKT co-founder.

“Yes, we were mysteriously quiet after the launch of The Witcher 3, but during all this time we were hard at work on what we just unveiled today – GWENT: The Witcher Card Game. We’ve taken all that heart and energy you gave us and put it into GWENT,” continues Iwiński.

"If you enjoyed GWENT in The Witcher 3, I think I don’t have to convince you to sign-up for the beta. If you hadn’t tried it yet, there’s no better time. Go register, play the beta for free starting from September and share your feedback with us. Tell us what you like, and what you don’t. Tell us what we should change or improve. We made this game for you, so let’s shape it together."