Not far from launch day, Nvidia’s new GPU the Geforce GTX 465 which is said to be a cut down version of the GTX 470 will have a TDP of 200w.

The card will be a dual slot GPU and 2x 6-pin pci-e connectors will provide it juice. The recommended PSU for the card will be any good 550w. The Thermal design power will be 200w which is 15 w lower than GTX 470 while 50w lower than the much faster GTX 480. 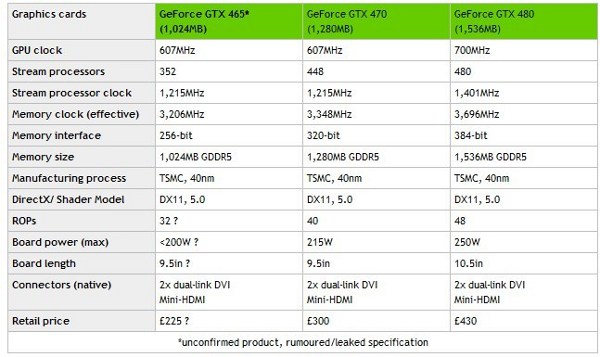 The card will have a 256-bit memory interface and will be launch date is next week.