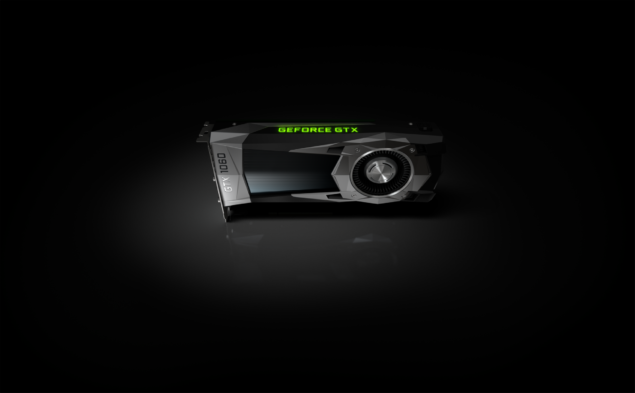 One of the biggest differences that you will see between the 3GB and 6GB video RAM version is the CUDA core count. Where the 6GB version sports a total of 1280 CUDA cores, the 3GB model features 1152 cores. The GPU has one of its 10 SM units disabled hence we are looking at a lower core count. It is rumored that the GeForce GTX 1060 with 3 GB memory comes with the cut down GP106-300-A1 core while the 6 GB variant features the GP106-400-A1 SKU.

We will be taking this leak with a grain of salt, but owing to the differences between both graphic cards, the 3GB version has been reported to retail for $149 USD, giving gamers on a very tight budget the freedom to enjoy the latest games with a large number of GPU taxing settings enabled at their highest configurable point. This clearly shows that the card will tackle the Radeon RX 470 which is AMD's $149 US solution that features the cut down Polaris 10 GPU with 4 GB GDDR5 VRAM. 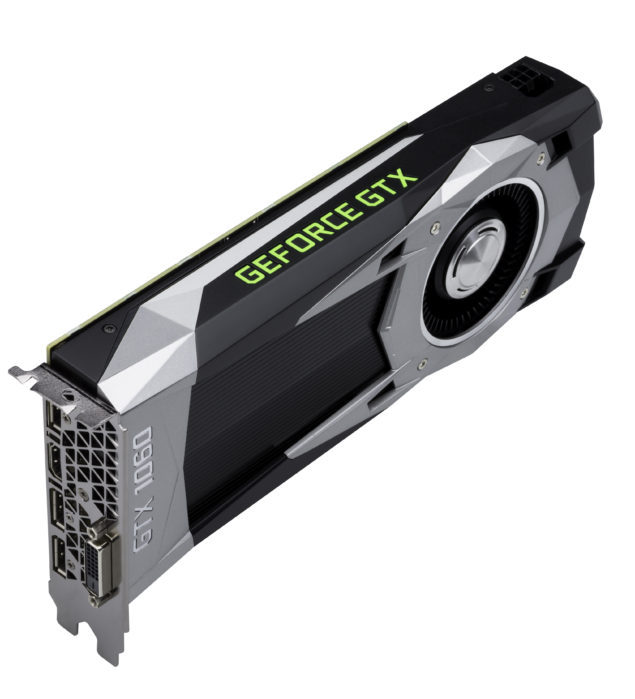 As for the 6GB version, NVIDIA’s GTX 1060 will be available on 19th July around the globe at a starting price of $249 USD for the custom models while the founders edition which will be the reference model will be available for a price of $299 USD. The card will be delivering superior performance and overclocking performance with its 16nm Pascal architecture which shows impressive clock frequencies on stock and overclocked. 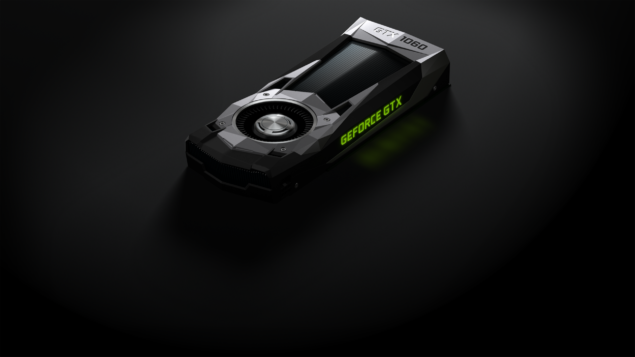 The GeForce GTX 1060 is based on the GP106 GPU which features 1280 CUDA cores and 80 TMUs. The card comes at clock speeds of 1506MHz but boosts all the way up to 1708MHz. NVIDIA has a massive lead in terms of core frequencies with TSMC’s 16nm FinFET process node and that shows as their chips are built to clock beyond 2GHz when overclocked. The pixel fill rate for this chip is 72.3GPixel/s while the texture fill rate is 159.6GTexel/s. 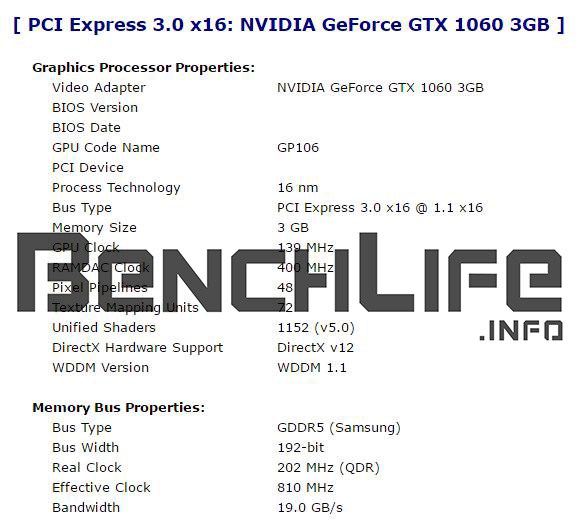 The GeForce GTX 1060 will also be using the reference Pascal display configuration of three Display Port 1.4, single HDMI 2.0b and also a single DVI port. Since this is Pascal we are talking about, the NVIDIA GeForce GTX 1060 would feature just 120W TDP and power would be provided through a single 6-Pin connector. The TDP should be maintained with the 3GB version as well, along with SLI functionality being severed.

BenchLife has reported that NVIDIA’s GeForce GTX 1060 3GB is going to be announced mid-August, so we’ll have the complete list of details available for you then.