GTA: Liberty City Stories came out on the PSP and PS2 back in 2005, and it was one of the better interim episodes of Grand Theft Auto. It had more indoor environments and featured a city that was familiar, though with a lot more to do. The PSP version even had multiplayer. 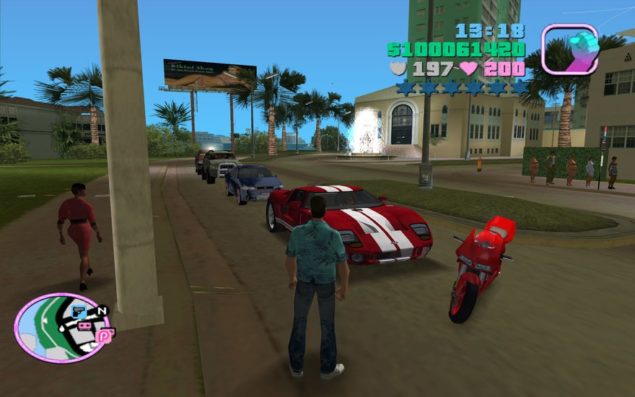 GTA: Liberty City Stories is calling your name again in iOS. And now with moar 60FPS.

And now you can enjoy it on iOS devices, running at 60FPS with 3D touch enabled for better control than you might have guessed.

Of course the new port fully supports the retina displays found in all iOS devices and has enhanced textures and art to make use of the higher resolution. It wouldn't be very much fun if the resolution was increased but everything else stayed in the PS2 era.

Also supported is 3D touch, which allows you to use that novel feature for driving, targeting and making use of the drive-by mode as well. And if you didn't quite enjoy the original soundtrack (it's a GTA soundtrack, so why wouldn't you enjoy it?) then you can create your own mix based on your own music. Just select the Mix Tape radio station.

Of course you won't be able to play at 60FPS on all devices, as that's only available on the latest 6 and 6S with the sweet (and powerful) newest series of PowerVR GPU's.

Right now GTA: Liberty City Stories is $7 in the app store, and an Android version is theoretically coming soon.