The new version of the GTA V ENBSeries can be downloaded from here. 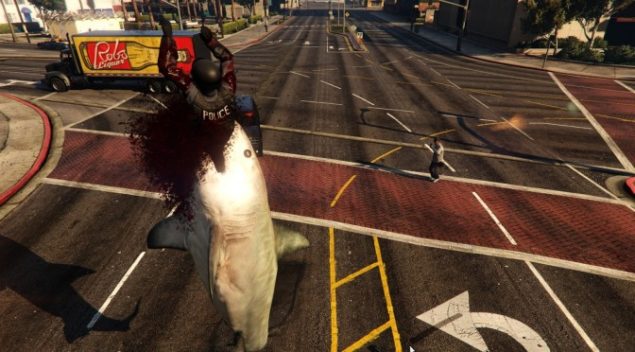 The mod features a large great white shark jump out and swallow its victims, which does indeed look quite awesome.