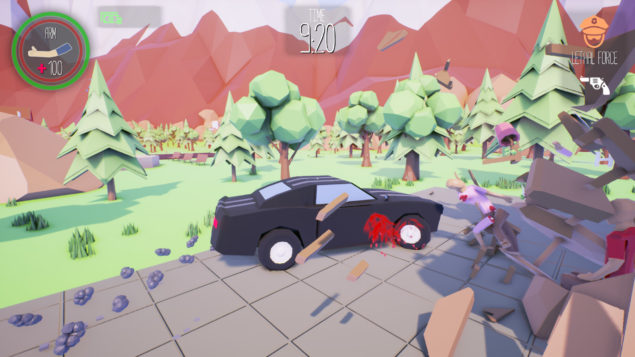 What would you do if you were trapped in a time loop, where you had to live a single day over and over? Bill Murray killed himself a few times in Groundhog Day, and then started trying to get Andie MacDowell to fall in love with him - obviously he had his priorities straight. In those circumstances, your goals may be different. Now you'll be able to live the dream in Garbage Day, new to Steam's Early Access.

The general idea is the same as the 1993 film. Every time you wake up, it's the same day. People you've killed are back alive, the things you've tried to achieve have disappeared, and you're left smarter but in no better a position than you previously were.

Maybe you even have I Got You Babe loaded on your phone, ready to complete the experience. You can't hear that song without feeling like you've heard it every day for thousands of years straight, so maybe it'll add to the Groundhog Day experience.

Be a crazy killer, try to destroy the town, or be the friendliest person in the world. It doesn't matter, because when the sun goes down or when you die, it'll be the same morning all over again.

Your job, if you can quit trying to use your temporal powers to get sex, is to try and work out a way to escape the loop.

Garbage Day is an early access title and is available now for £10.99.