The reason behind not releasing the GreenPois0n jailbreak was because Chronic Dev-Team and iPhone Dev-Team decided to work on JailbreakMe. The update is that Pod2g has confirmed that GreenPois0n works fine to jailbreak iPhone 4 on iOS 4.1. MuscleNerd also reported that iPod Touch 4G and iPad are also vulnerable to the exploit. 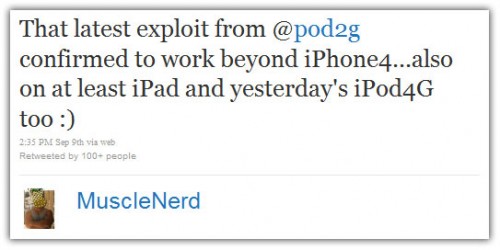 The Chronic Dev-Teams site has been updated with a new logo which shows that GreenPois0n will arrive soon from the team and will Jailbreak iOS 4.1. The jailbreak will work on both Windows and Mac OS X.