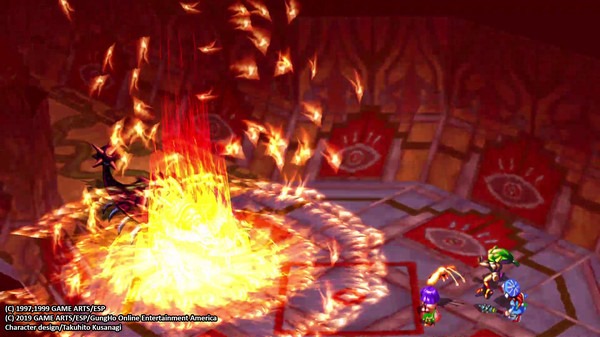 The Grandia HD Collection is releasing today on Nintendo Switch in all regions, but PC players will have to wait a bit longer to be able to play the Grandia HD Remaster.

The game's Steam page has just gone live, and it has confirmed that Grandia HD Remaster will be released sometime next month. Additionally, the PC version of the game will come with achievements and Steam Trading Cards as well as multiple control schemes and additional graphics options.

For the rest, the Grandia HD Remaster will be the same as the Nintendo Switch version. The remaster will be incredibly faithful to the original, with no gameplay change.

GRANDIA tells the story of Justin, the protagonist, and his companions in a race against the evil Garlyle Forces to uncover the long-lost secrets of an ancient civilization. Experience the game that became an instant classic and is considered to be one of the most influential RPGs of all time.