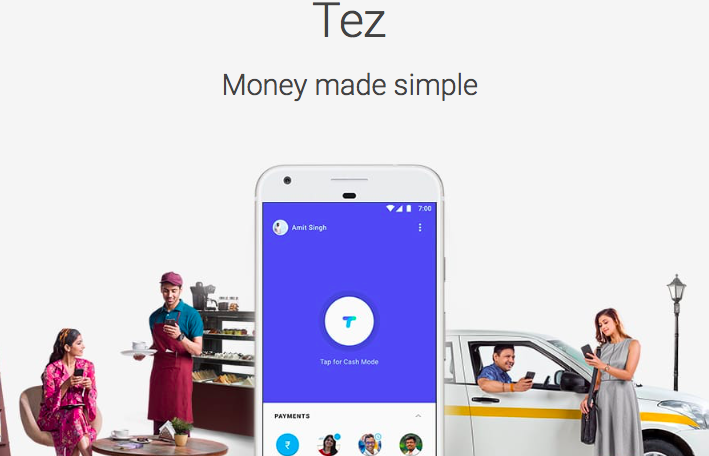 Google is not a newbie when it comes to offering payment services. The tech giant earlier offered Android Pay that used NFC for carrying out digital payments. Now, in its latest move, Google has launched "Tez" a new payment app for users in India to transfer money seamlessly.

Unlike other mobile payment apps, Tez does not use NFC as it is targeted at developing nations, where not many users have smartphones with NFC. Instead, Tez employs ultrasonic audio to connect two devices and transfer money.

The reason for using Ultrasonic audio is that it works on every device, both Android and iOS. The Ultrasonic audio is not audible to the human ear and can connect two devices to transfer money quickly. It does not need any information such as banking details, email addresses, or even phone numbers. Users can use Cash Mode to send money to another Tez user quickly negating the need to share details like bank account number or mobile number.

Tez directly makes contact with a user’s bank account, eliminating the need for refilling the account. It draws the amount directly from the account. Google states that the Tez app works with the United Payments Interface, which means that it is compatible with any bank in the region that supports the UPI method.

With the help of Tez app, users can pay directly from their account, keeping the money safe in the bank and earn interest meanwhile. Users are not required to open a separate account or adding money to the wallet. It uses UPI (Unified Payments Interface) and is compatible with all major banks in India such as Axis, HDFC Bank, ICICI and State Bank of India.

Google may expand it to other countries in Asia

Other than sending money, Tez also has other features such Tez Shield which is a security feature that is always running to help protect users against fraud or hacking. There are also “Scratch Cards” for users that offers them a chance to win up to ₹1,000 every week, or ₹100,000 on “Lucky Sundays.” If you win, then the reward is directly transferred to your bank account.

For now, the app is limited to India, but the folks at Android Police point out that Google may also launch the app in other Asian countries soon.