Google to Enter Another Facet of its Users’ Lives With the Launch of its Banking Services – a Shot at Innovation or a Data Harvest Gold Mine? 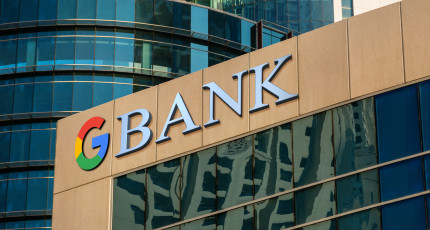 According to the Wall Street Journal, Google (NASDAQ:GOOGL) is all set to offer checking accounts by next year. This step marks the tech giant’s boldest foray yet into the consumer banking sphere.

As part of the project that has been aptly named Cache, Google will offer checking accounts under the auspices of Citigroup (NYSE:C) and the Stanford University’s credit union. This latest attempt by Google is part of a long litany of financial projects that the tech giant has pursued over the years. Google Wallet, back in 2011, marked the company’s first entry in the financial sphere and provided users the facility to send money to each other. This attempt, however, largely languished and Google failed to gain traction in the market until the introduction of Google Pay – a digital wallet platform and online payment system that offers in-app and tap-to-pay purchases on Android device. Google Pay currently has tens of millions of users around the world and remains particularly popular in India.

Last December, Google obtained a Lithuanian e-money license that allowed it to process payments and offer digital wallets across the EU. It also procured a separate authorization from Ireland’s central bank under the EU’s Second Payment Services Directive also known as psd2.

“Our approach is going to be to partner deeply with banks and the financial system,” Caesar Sengupta, Google’s general manager of payments, said in an interview with the Wall Street Journal.

This development comes as Google’s parent company Alphabet is making significant inroads in the healthcare market. It has recently entered a new cloud computing partnership with the U.S. health provider Ascension. This, however, became a point of controversy when a whistleblower revealed a secret transfer of personal medical data of up to 50 million Americans from Ascension – one of the largest American healthcare providers – to Google. Alphabet has also acquired Fitbit (NYSE:FIT), the manufacturer of wearable devices for fitness enthusiasts, for $2.1 billion.

Traditional banks have been concerned about competition from fintech startups for some time now. However, it appears that the ‘Big Tech’ – already armed with relationships with hundreds of millions of consumers – may prove to be the more potent threat.

According to multiple reports last year, Amazon (NASDAQ:AMZN) had been actively negotiating with J.P. Morgan (NYSE:JPM) over the provision of a checking account service to consumers. Earlier this year, Apple launched a credit card for iPhone users in partnership with Goldman Sachs (NYSE:GS). Additionally, Uber (NYSE:UBER) has also announced its push into financial services and, this Tuesday, Facebook (NASDAQ:FB) revealed a service to facilitate payments across its social media and messaging systems. Facebook has also been pursuing its own cryptocurrency called Libra (read our pertinent coverage here).

Privacy advocates are bound to find this development particularly troubling. Google and other Silicon Valley behemoths already possess enormous data troves pertaining to their users. Accordingly, the rationale behind awarding Google and other tech companies, through their rapid incursions in the retail financial sector, even more influence over their users’ day-to-day lives remains suspect, particularly, when these giants have repeatedly failed to act as responsible custodians of consumer data.