Google Stories to Get More Amped Up After Upcoming Update 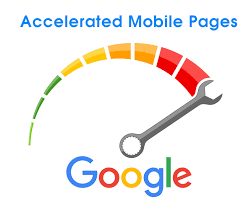 All the way back in 2015, high-speed internet on the mobile platform was not an option for most users. Newer, faster chips combined with larget screens allowed for content-rich web pages to be displayed on mobiles, but the internet speed wasn't up to the mark. To tackle the problem, Google introduced the concept of AMP (Accelerated Mobile Pages) to help reduce page load times. Like all projects, it had its share of roadblocks and finally found its way to every smartphone.

In what can only be described as an upgrade, Google started working on "Stamp" (stories plus AMP) earlier this year, and it looks like we'll get to see it go live on our devices soon. The new "Stories" would be comprised of a series of slides including text, photos, and video. Images and text can be used interchangeably depending on the context, and the format has been developed specifically for the mobile platform. Images, videos, and graphics help engage users better by saving them the trouble of having to go through a wall of text. It'll look a lot like Snapchat Discover and Instagram Stories, and looks like Google got a lot of their ideas from the two platforms.

Google has been working with several content publishers to ready AMP Stories for release, with the goal of creating a fast, smooth web-based experience that feels just like a native app. Publishers involved in the early development of the AMP stories format include CNN, Conde Nast, Hearst, Mashable, Meredith, Mic, Vox Media, and The Washington Post. More publishers are likely to join the list shortly, once the project gains traction.

Anyone can build AMP Stories, and it's completely free. Google has a tutorial to help people, plus further documentation for reference. To give AMP Stories a try, head over to g.co/ampstories and search for a content provider from the above list to take a peek at what it will look like.

The more pressing question here is, do we really need this? The whole point of AMP was to strip down a web page to its bare minimum, and it looks like we're back where we started. Plus, we already have a million apps that show us one or another form of "stories." Do we really need one more?