Google Search Will Feature Indexing Based On iOS App Content

Indexing app content in search results was first introduced by Google in 2013 in Android. This feature enabled users to search for the most relevant results based on their app content. This lead developers to take full advantage over the app content they would like to be indexed in the results. However, this feature or operation was not available on the iOS platform until now. 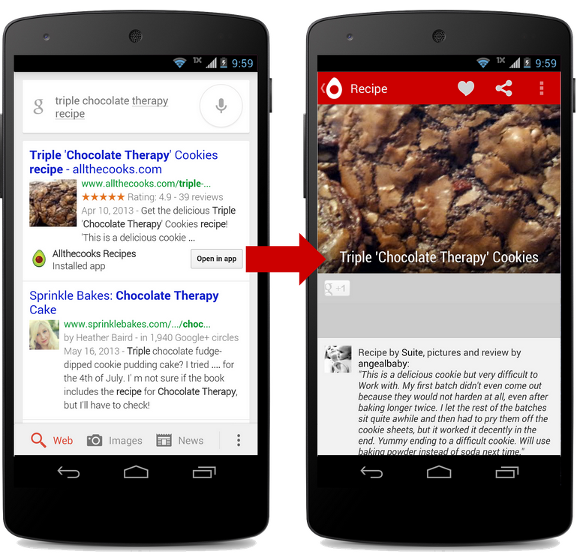 Google announced that it will start indexing search results for iOS applications. There have been no final announcements about the release so far but it is expected to arrive in the next few weeks. iOS has long been left out on indexing based on iOS apps but now it seems the shallowness will be fulfilled.

iOS users will be able to view search results from Google based on content related to the app. According to Google, the initial applications to use search results based on iOS apps include the Google and Chrome app for signed users. The app discovery mechanism for iOS will be introduced in the forthcoming weeks. 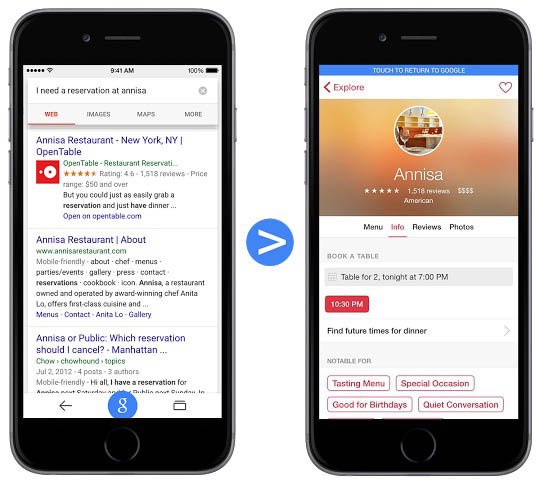 Google's senior vice president, Jason Titus stated that recognition of applications have limited access for the company. However, Google is in work with partners for the provision of a fluid experience. Hence, other developers are also working on developing their applications in contrast to be part of the app indexing program. Google has also shared instructions in a blog post that was published today.Google says, iOS app developer will need to 'add deep linking support' in their apps, devise an appropriate way to return to the search result and the provision of deep link annotations.

The relevant search results in response to iOS app indexing will be effective to gather appropriate search results for the user. For instance if you want to make reservations for table at a certain restaurant, indexed version of a certain app will be accessed by a user to display the most appropriate search result. This will be a handy feature for the iOS users. That's all there is to it, folks. Let us know in the comments how you like this feature on iOS. Foe android users, do share your experience.