Ahmed Mohamed, the school boy who was wrongly arrested under the suspicion of creating a time bomb and bringing it to school has been on a string of compensation glory with a visit to the desirable annual Google Science Fair (Sometimes being a nerd does pay off). 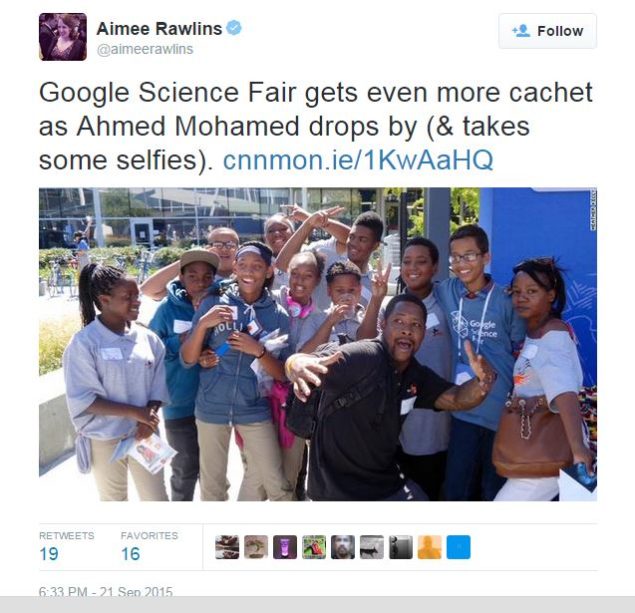 This kid's going to some really great places

Ahmed was invited by Google to the event last week. He was given a very warm welcome by Google and he was allowed to have a tour of booths and he also took selfies with the finalists, the pictures have now gone viral because of the fame that Ahmed has gotten in the last few days according to a report from USA Today.

One of the students in California also told Mohamed about his repute in other schools by saying “We learned about you in school”. He even got a chance to hang out with the co-founder of Google, Sergey Brin (Everyone reading this will be jealous, I know I am!) 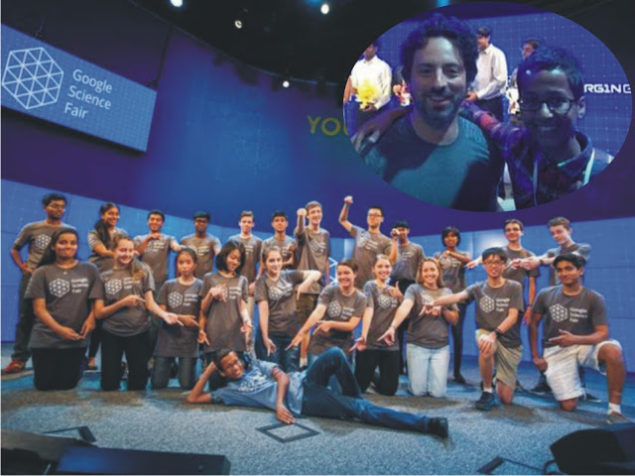 According to some blog posts, specifically the one written by Mariette DiChristina, editor in chief at Scientific American, Ahmed’s attendance made a significant difference in the event because his presence promoted the desire for the young people to get support.

"We’re especially glad that Ahmed Mohamed — the 14-year-old clock maker from Texas — took us up on our invite to attend this year’s event” said DiChristina”.  "Curious young scientists, inventors, and builders like him should be encouraged and empowered."

Olivia Hallisey, the winner of this year’s Google fair, created a very unique and low-cost method of detecting Ebola. She did it as result of the recent epidemic in Africa. Deepika Kurup and Pranav Sivakumar are amongst the other winners who made solar-powered silver solutions for cleaning water and a code of algorithms to detect gravitational lensed quasars in astronomical data (these are some smart kids!), respectively. The google science fair provided $1 million in scholarships over the years, and also amazing dollar prizes were given out this year at the fair.

Ahmed has been in the spotlight for quite a while now; he received invitations from Facebook and also a direct invite to the White House by President Obama, he also got several gifts from Microsoft. Things have worked out well for this young inventor and people like him should be encouraged to do more. He also plans of changing schools.