Google Play Store is perhaps one of the largest app stores if not the largest. SO it is safe to say that there are millions of apps available for us to download. Google on their own is also pretty serious when it comes to the publication of such apps because maintaining security is the priority here.

But every now and then, some apps slip through the cracks and go unnoticed. These apps can cause all sorts of malicious ruckus on the unsuspecting user. Unsurprisingly, Google today has removed 25 apps from the Google Play Store because these apps were phishing for Facebook credentials.

Now phishing is nothing new. As a matter of fact, it is one of the oldest methods of getting someone's credentials, so we don't need to explain that to you. The source claims that a French security firm Evina talked about how these apps are random at best, ranging from step counters, image editors, video editors, wallpaper apps as well as weather apps.

Although these apps did provide the functionality they were supposed to, they also had malicious code inside of them that was intended for phishing. Furthermore, some apps have been on the store for a year or so, and have had a lot of people download them. So, it is terrifying to just imagine how many users got exposed to this threat.

Thankfully, the list containing these apps have been shared with us. You can have a look below. 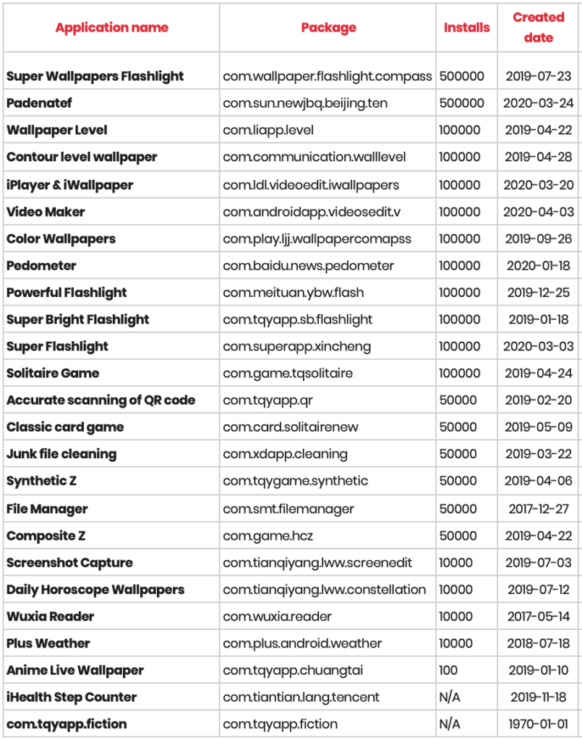 As you can see, almost all the apps look very unsuspecting, so there is no reason to actually have a suspicion on these apps, to begin with. Thankfully, Google has removed these apps from the Google Play Store