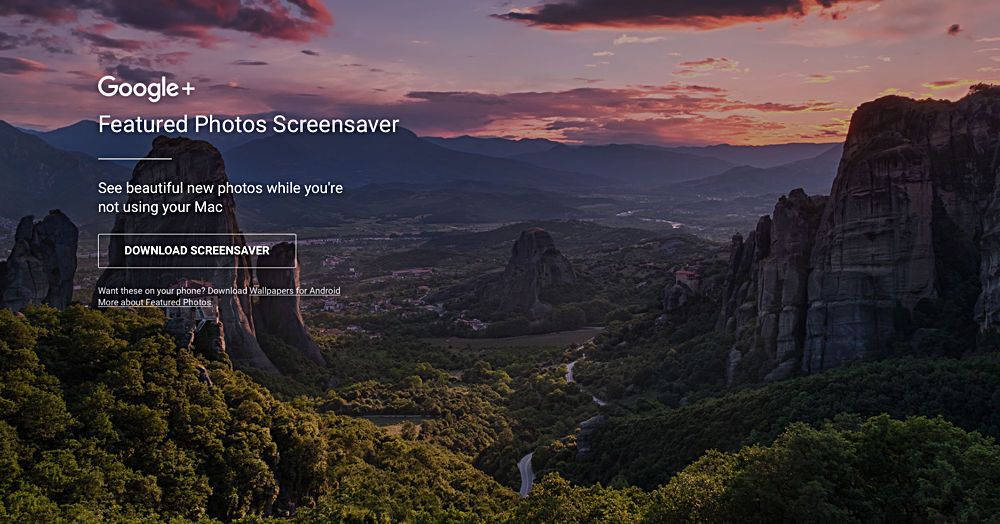 Google has released a beautiful new screensaver for macOS called 'Featured Photos.' Here's how you can download it.

Google released its Wallpapers app for Android a short while back. Following up to that release is a brand new screensaver for macOS users titled 'Featured Photos.' It features stunning photographs shared by people on Google+.

Here's what Google has to say about it:

From striking skylines to captivating vistas, talented photographers share beautiful, eye catching work on Google+ every day. To bring these photos to a wider audience, we’ve long showcased a selection of them on TVs and monitors around the world via Google Fiber and millions of Chromecast devices.

Now, we’re pleased to be able to make these beautiful photos by our members even more accessible by bringing them to your computers and [Android] phones.

Once you download and install the Featured Photos screensaver from here, you simply select it from Desktop & Screen Saver in System Preferences and you are good to go. There is nothing to set up at all. Once the screensaver kicks in, you'll see a bunch of beautiful photos cycle through at a set pace. There are no photos of people, only beautiful landscapes. The screensaver will show you who took the photo along with the profile link on the bottom left. That's all there is to it. 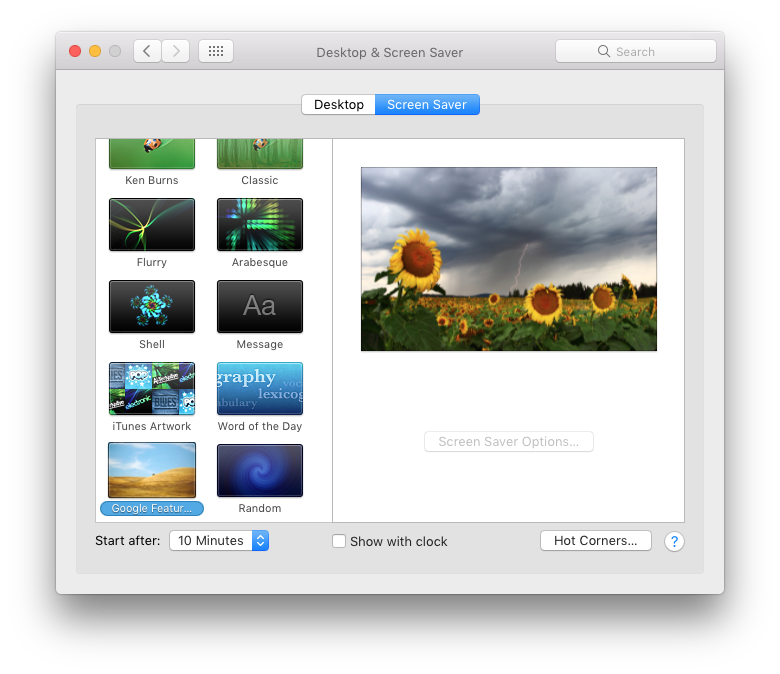 The screensaver is absolutely free to download and use. I would highly recommend giving it a shot if you are into photography. It looks stunning and goes extremely well with the overall look and feel of macOS.

If you do plan on downloading the screensaver though, keep in mind it's only compatible with OS X 10.9 and above. If you are running a version of OS X or macOS older than the specified one, then you are completely out of luck.

If you are a Google+ user and love sharing photographs, then there is a chance your photograph might end up being featured on a Google product as well. Just make sure the photograph you shared is set to be viewed by the public. Once the photo has been featured, Google will notify you about it via email. Just make sure your photo is shot in landscape mode, doesn't include people, has a resolution of at least 1080p, doesn't feature any watermark, and it should be shot and shared by the original owner.