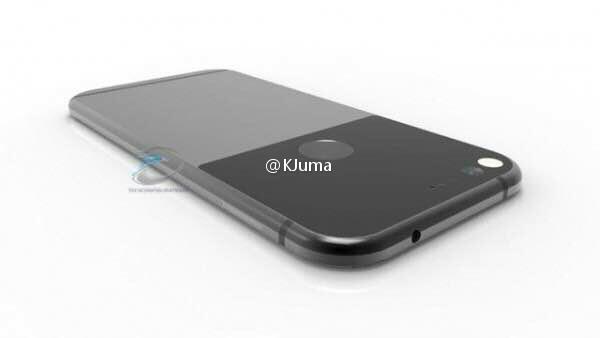 It's only a couple of days until the Google Pixel and Pixel XL are launched. The official launch date for the device is set at October 4th. We've managed to gather quite a bit of information related to them. This year's smartphone from Google will be re-branded from head to toe. Google will ditch the iconic Nexus name and ship the devices with additions to stock Android. For design, a rather unorthodox approach for the pair is rumored. To find out what that is, head over below. We've managed to get our hands on some leaked images of the device. They do appear to be the real deal and stand in line with what has surfaced so far.

The Pixel and Pixel XL have bee regular features of the rumor mill over the past couple of months. For starters, the pair will be manufactured by HTC and feature the Snapdragon 821. Should they feature the 820 instead, then we won't get to see any major flagship feature Qualcomm's upgraded top tier offering. The devices will also feature 4GB of RAM and 12MP rear cameras. These will effectively place them in top tier flagship devices.

Coupled with specifications, renders of the pair have also leaked consistently. The Pixel and Pixel XL are expected to feature soft corners, a rather interesting blue color option and increased features for the fingerprint sensor. Now, some fresh images of the devices have surfaced online. They confirm what's previously in the form of render and case image leaks. Take a look below.

Courtesy of folks over at AndroidPolice, the images show the Pixel and Pixel XL in full glory. The devices feature an aluminum finish and are virtually identical in design. Screen size is set at 5 and 5.5 inches for the Pixel and Pixel XL respectively. The glass for the top rear of the devices is also clearly visible. Arrangement for the sensors on its front are also similarly arranged.

The Google Pixel and Pixel XL are also rumored to feature exorbitant price tags. Starting price for the 5 inch variant is rumored to be set at $649 and a base storage of 32GB. Google's also rumored to have financing option under the works for those who'd find the tag rather heavy on the pocket. The Pixel and Pixel XL will be launched on October 4th. Till then, stay tuned and let us know what you think in the comments section below. We'll keep you updated on the latest.