The Google Pixel 2 Imagined With Dual-Cameras, 18:9 Display & More In These Concept Renders 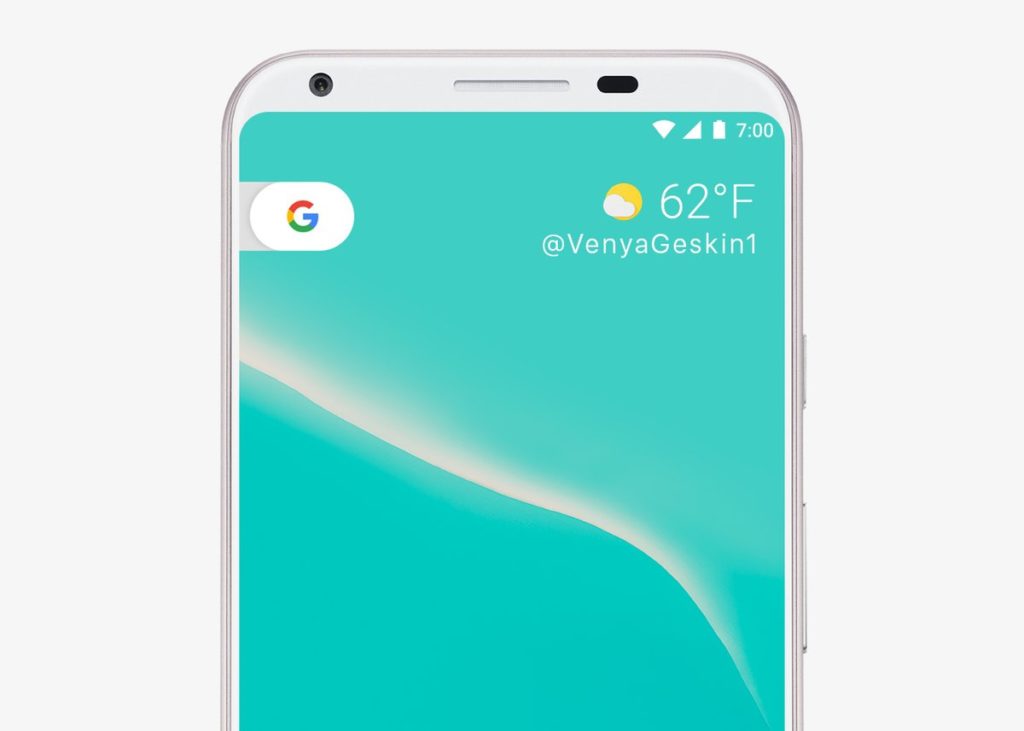 When it comes to 2017's flagships, little details are available for Google's Pixel 2. The smartphone has been the feature of only a couple of posts. Compared to the countless that we've had to sift through for the Samsung Galaxy S8, these are virtually next to nothing. However, the little information that has surfaced does seem to be quite reliable. Both, Google executives and trusted sources paint a moderately good picture for the device. Today, we've got an artist's take on what to expect from the Google Pixel 2. Take a look below for more details.

The few features that have been rumored for the Pixel 2 correspond with what you'd expect from a standard flagship smartphone. Google will finally introduce waterproofing for the device. Mountain View will also work on improving the Pixel 2's rear camera sensor. The original Pixels come with some pretty amazing rear cameras. Now, with their successors, Google will also add hardware based stabilization in the mix.

It'll be a big improvement for the Pixels. We'd excuse Mountain View for missing out on several features on its first flagship smartphone launch. After all, even manufacturers with years of experience find it hard to keep up with times. We're looking at you Samsung. This post however, has got less to do with concrete information and more with artistic imagination. Benjamin Geskin imagines what the Pixel 2 will look like and you can take a look below.

They mark a very simplistic look on the device and upgrade only a couple of features. The biggest change which you'll notice is the presence of dual cameras at the back. Dual cameras will become a very popular feature in flagship smartphones this year. Every major device, save Samsung's Galaxy S8 will feature them. So, if Google makes a similar choice for the Pixel, it won't come as a surprise to us either. Benjamin's also assuming the latest 18:9 screen ratio for the Pixel 2 in these renders. It's another feature that will make it on a lot of premium devices.

Apart from these, the overall design of the Pixel 2 is left virtually untouched from its predecessor. Not that we'd blame Geskin. In terms of design, there's no information so far for Google's flagship upgrades. However, more details will surface soon. The original Pixels saw a myriad of interesting leaks prior to launch. They were originally rumored to replace the Nexus 5c and 6p. It was only later that more details surfaced. We're likely to see the amount of leaks increase in the coming months. Till then, let us know what you think in the comments section below and stay tuned. We'll keep you updated on the latest.