Google Photos is one of the best back up solutions for crowded photos and videos on iOS devices. While the app on its own is pretty impressive - offering free unlimited storage for high quality photos, the company behind it is making sure it does more then just save photos. Now, Google Photos for iPhone and iPad has been updated with a nifty editing feature which will make your photos even more interesting. Let's see some more details on what the new editing feature has to offer.

Google Photos has now been updated to support auto white balance in iPhone and iPad. The update requires you to have Google Photos for iOS with version 2.11. Google Photo's Auto Enhance tool now supports white balance correction that adjusts the white tone of your photos. In contrast, the photos look more natural and pops more.

In order to put this feature into action, all you have to do is launch the Google Photos app on your iOS device and select a look. Once you do that the app will now automatically correct the white balance of your photos along with saturation and exposure. 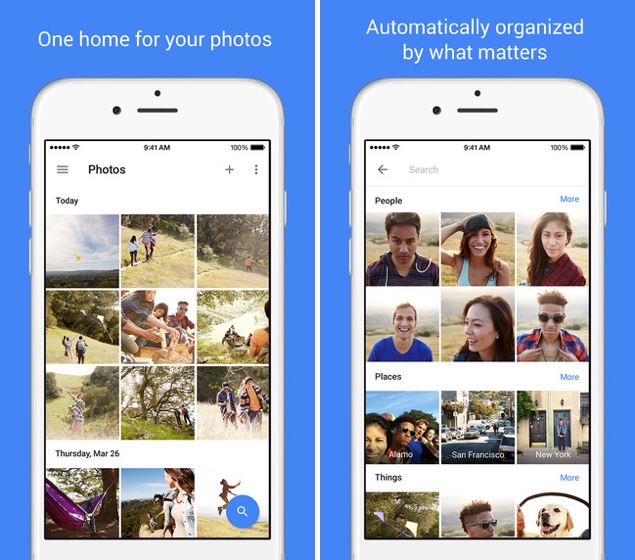 There are numerous times when you would need the auto white balance adjustment option. For instance, it usually comes into play when you have taken a bunch of photos indoors with low light. In addition to this, photos taken on a cloudy day also needs white balance adjustments as it lacks natural lighting. In the end, photos are left with a yellowish tint that distorts the natural color of the photo. Henceforth, Google Photos's auto white balance editing tool will allow you to eliminate this effect and provide a much neutral look and feel.

This is definitely a neat feature for iPhone or iPad users who are interested in taking photos indoors. Google Photos offers numerous editing options for users which includes adjusting various aspects of the photo. Now that auto white balance has been added to the app, it now packs a bunch of tools to make sure your photos look way better than the original. Google Photos is a must have iOS app as it provides more control over your photos rather than just being an online cloud storage platform. If you're interested, do try the new editing tool feature.