Google Photos Color Pop Feature Rolling Out to Some Users

The Google I/O developer conference held every year showcases the company's new technologies, some of which absolutely blow your mind. This year was no different, as the Google Assistant hogged all the attention by successfully making a phone call on a user's behalf. However, Google Photos got some interesting new features as well, which were impressive in their own right. The company announced some new AI features that for Google Photos some of which included a one-click editing process, the colourization of black-and-white photos, and a new feature called “Color Pop” that makes a background black-and-white while leaving the photo’s subject in colour, completely eliminating the need of third-party software.

At the time of unveiling, no release date was set for the new features, and it was announced that they would be rolled out 'soon'. You cannot use Color Pop on just any old image. The subject needs to be easily identifiable for Google's sorcery to do its magic. When Google Photos detects a compatible image, it'll appear as a suggested edit in the Assistant tab. It looks like we don't have to wait for very long, as at least one of the features is rolling out now. A user on Reddit posted a photo they took that Google “ colour popped” for them. Here's how the image looked like after: 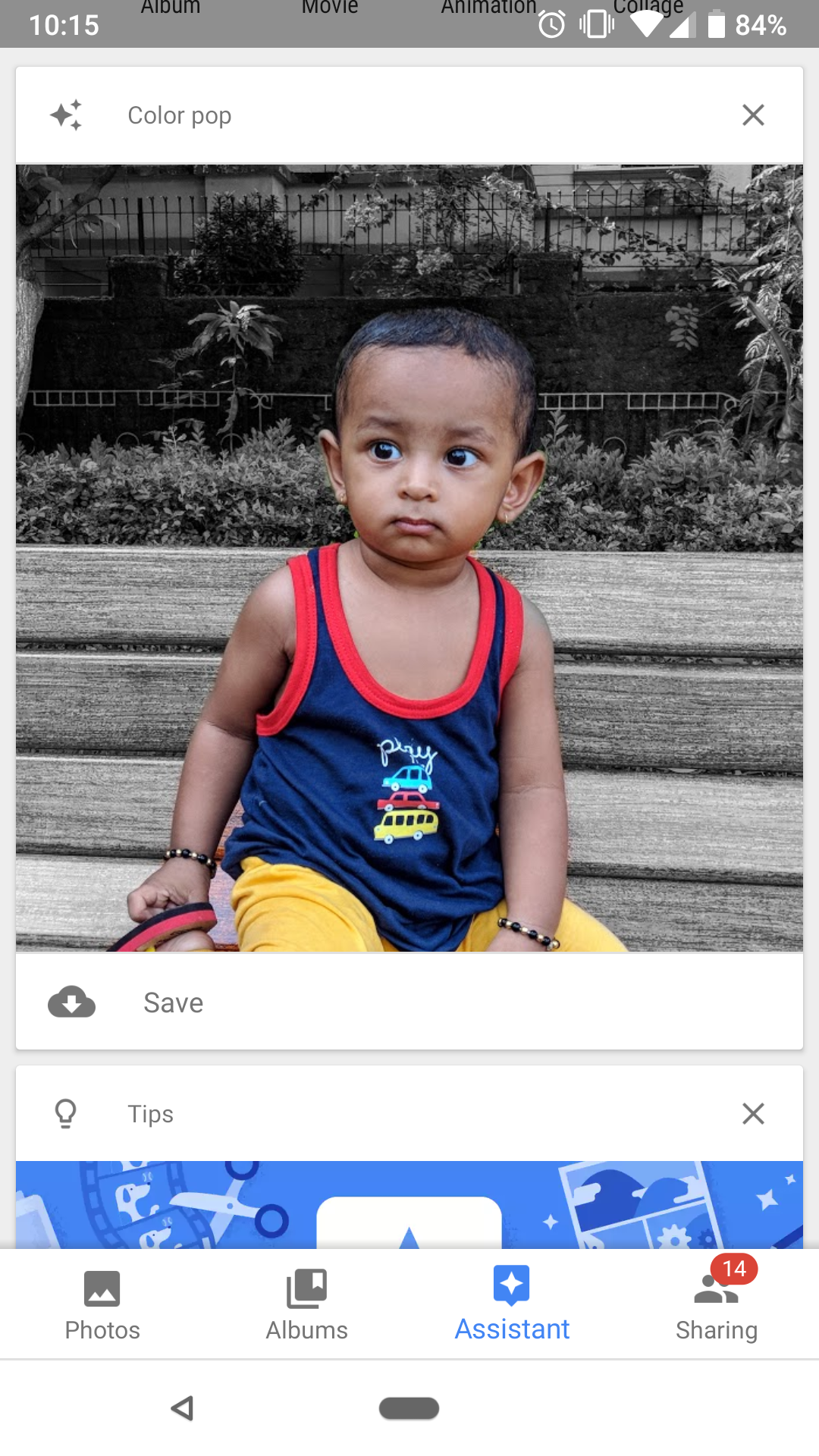 The user didn't post the original image before the effect was applied. It is worth noting that the user was running the Android P developer preview 2, which could be the likely reason the feature showed up. I've updated my Google Photos app on my Pixel 2 and am yet to see the new features show up anywhere. If you want to try your luck, download the APK using this link and see if anything pops up.