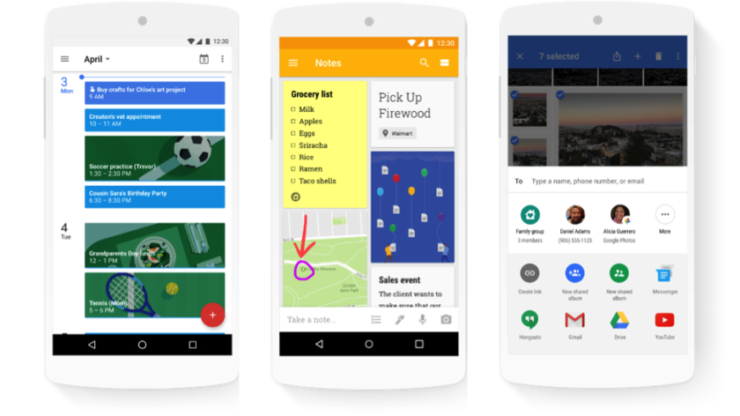 Google is on a roll these days, especially when it comes to adding new features to its existing services. The company has now introduced a “family group” feature that lets you share pictures, notes, and content subscriptions with your kith and kins.

This new feature aims at making sharing easier with your family. On Google's Family groups, you can add up to six people. Similar to "Admin" on WhatsApp groups, this group has a "manager" who has all the administrative duties. The manager on Family group has the authority to change payment methods, allow or restrict services for specific members. Also, the manager can monitor the accounts for young members (age 13 and below).

On the contrary, the "Parent" account does not have as much authority as the manager, but they can approve or disapprove purchase requests along with making other restrictive changes. The Family group feature is also available for services like YouTube TV, which lets you get a cloud DVR with unlimited storage. Remember, you can only add up to six members in the group. The functionality of Family group could also differ according to the services you use it for, such as YouTube TV, Calendars, Photos, and others.

Family group is not available by default

Services like Google Calendar and Google Keep allow sharing of calendars and notes seamlessly. Similarly, Google Photos lets you send photos and video to the Family group. The new feature is not available by default on services like Google Keep and Google Photos. To share your content with the group, you will first have to go to the "Family group" web page and then set up your account to enable automatic sharing. You can set it up with Google services like Play Family Library, Play Music family plans, Google Calendar, YouTube TV, and Family Link.

Another important guideline to remember for Family group is that you can be a part of just one group at any given time. You can leave the group as per your wish and quickly join another. However, you can only perform the drill once a year, which means you will be allowed to exit one group and join another, once every year.