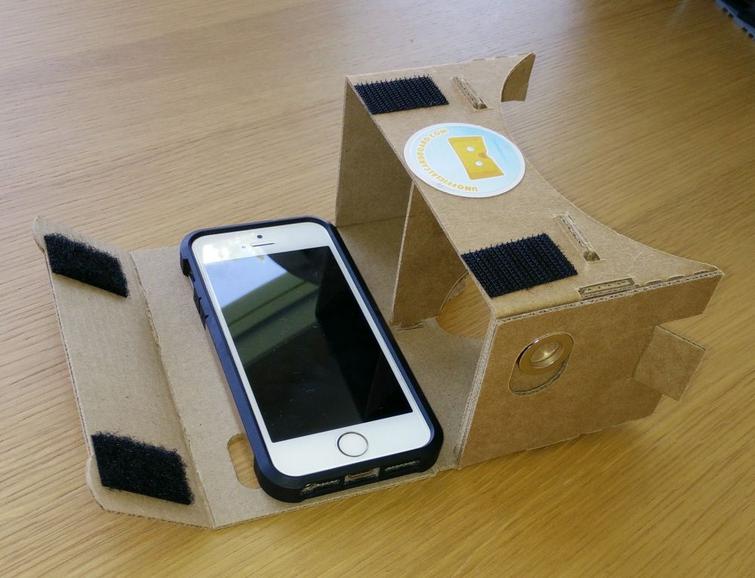 Remember Google Cardboard? The first cardboard-based VR headset that allowed users around the world to experience virtual reality for cheap. Now that Google is focusing on its Daydream VR framework, Google’s Vice President for VR, Amit Singh shared that to date Google has shipped a whopping 10 million units of Cardboard VR. Not only this, the tech giant witnessed even bigger success in terms of download of Cardboard apps, 160 million downloads to be specific. To turn it into a monthly tally, we can say that approximately 30 million Cardboard apps are downloaded every month. The announcement was made at the MWC event in Barcelona.

Google started its VR journey with Cardboard and is now focusing on turning Daydream into a widely accepted framework for VR enthusiasts. The company is trying to push VR for availability on a wider range of devices. Google wants smartphones to be Daydream-compatible so that users can experience the high end VR ecosystem by just putting the device into the VR headset. To recall, Google launched the Cardboard VR in 2014.

Daydream is a more-immersive approach towards virtual reality when compared to Cardboard. Singh also shared that users with Daydream-ready smartphones and gear are spending more than 40 minutes on VR. Currently, there are more than six smartphones on the market that support 100 Daydream apps. To specify, more than 50 percent of VR content on Daydream is provided by YouTube and Google is trying to push more content with better quality, in the form of series. Singh also said “You will start to see significant series coming out this year", adding that in the United States the company recorded more than a million views of the NFL series on VR. Google is now collaborating with Sky VR in Europe to tap the VR growth in the region.

By collaborating with Sky VR, Google is planning to provide content in the form of movies, original series, and other programs. As a part of the content, Google plans showing the Star Wars Red Carpet show, select clips from the Jungle Book, and Sports programs such as Formula One racing and more. Not just Sky VR, Google is also working with other major online content providers such as Netflix, HBO, and Hulu. In a separate blog post, the company also stated that it is working on producing some new content for its augmented reality platform, Tango.