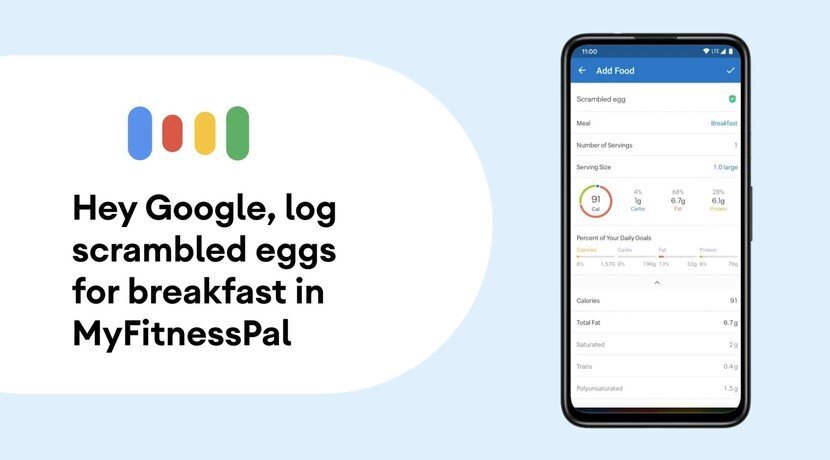 However, all of this is about to change. As a way to make Google Assistant more useful for everyone, the company is adding a lot of new features to make it better and more accessible. the feature that is making its way right now is going to allow you to open up, search, and perform frequent tasks across your favourite apps. All you need is an Android phone that has Assistant enabled on it. You will be able to open and search within apps using "Hey Google.".

If you are wondering just what exactly can you do with the new update, you can now say, "Hey Google, search for memory foam pillows on Amazon" to find what you are looking for. You can also use voice commands to perform frequent tasks like asking Google Assistant to start tracking your workout or track a parcel that you are supposed to use or open a playlist on Spotify. You can even go ahead and actually create custom shortcuts. This is how the feature is going to work.

Starting today, you will be able to do more with your voice in over 30 of the top apps that are available on the Play Store globally. Google says that Assistant will be able to work with more apps in the future. However, that is not all. In order to help developers bring the Google Assistant to their apps, Google has gone ahead and introduced new updates with App Actions. The update allows the developers to map users' intentions to specific functionality within the app. Developers can use up to 60 intents that Google has or create their own.

Google is also going to start recommending relevant Apps Actions to users sot they can discover all the different actions that are available. Which is only going to make the overall searching option a lot easier for everyone.

Honestly, this is one of the features that I have been waiting for some time and even though it is only available on limited apps at the moment, I trust Google to add more apps as we go ahead in time. You can read more about it here.