In the past year or so, every major consumer electronics exhibition is all about the Google Assistant or Alexa. Everybody and their mothers (and a few relatives) are rushing to make their products 'smart' by integrating them with either the Assistant or Alexa. Hence, now is an excellent time for Google to announce new features for its virtual Assistant.  Today's update includes new features such as flight check-ins, hotel booking, a new language interpreter mode, and the extension of Assistant on the lock screen to all Android phones.

The flight check-in works if you have a flight confirmation in your Gmail. If there is a check-in available, Assistant will send a notification to remind you about it. All you need to do to check-in is say "Hey Google, check in to my flight," and Assistant will take care of the rest. You can also view your boarding pass in Google Pay by saying "Hey Google, show me my boarding pass." 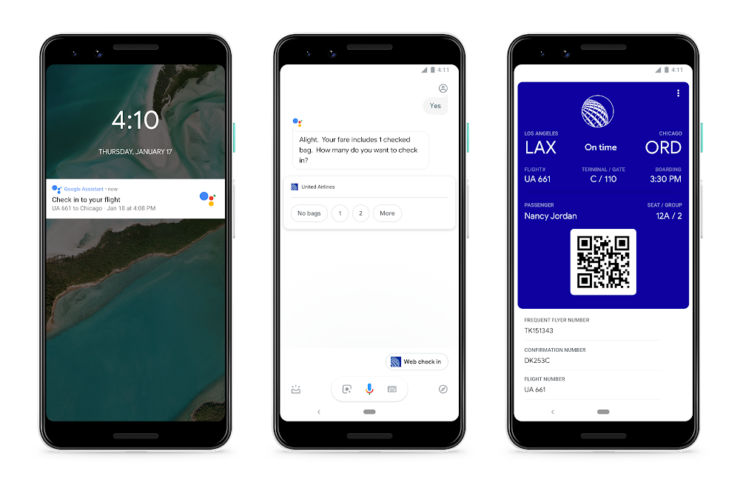 For hotel booking, you can instruct Assistant to "book the Cambria Hotel in New York on January 12th,". The Assistant will show you the pricing, availability and the works, which you can book using Google Pay. The ability to check into flights is rolling out for domestic United Airlines flights first, just like the hotel booking tool. Some of the participating hotels include Choice Hotels, InterContinental Hotels, Priceline, Expedia, and Travelclick. Google says that support for more partners will come soon. 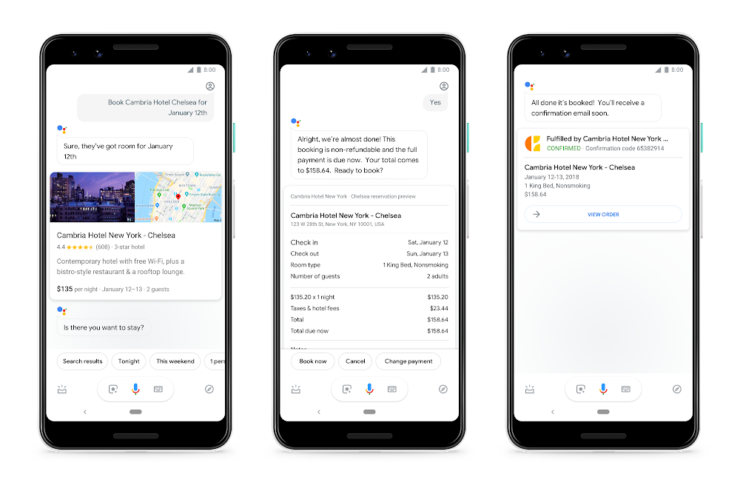 Google is rolling out Interpreter Mode over the next few weeks to Google Home and Smart Display devices. Interpreter Mode is touted to be a replacement for a real human interpreter, but we don't expect it to be anywhere near perfect initially. To get started, you can say "Hey Google, be my French interpreter," and when the other person speaks in French, the Assistant device will translate in real-time, either in spoken word or via written translation on a Smart Display. 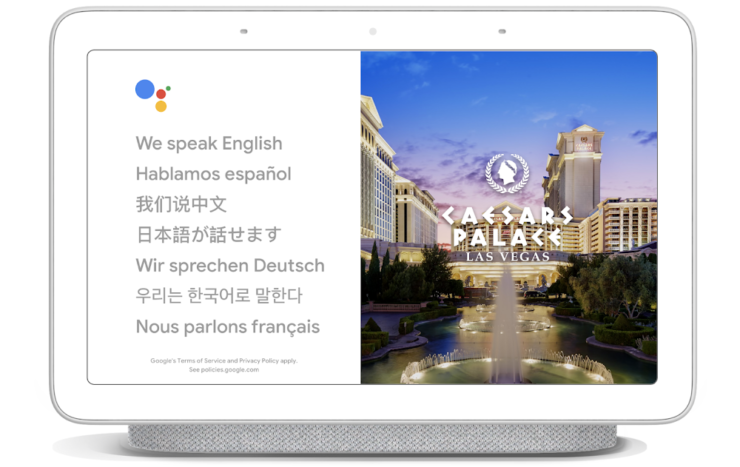 Lastly, lock screen Google Assistant functions now rolling out to all Android devices. Initially a Pixel-only feature upon release, the new setting lets you interact with certain Assistant functions without unlocking your phone. A useful feature for when you have to be absolutely hands-free, but it has the potential to open up your device to attacks. It is still early to comment on its security, but the Pixels have had no problem so far, so we're optimistic.