Google's latest deal to power its Mountain View Headquarters with energy that is coming from a Bay area wind farm releases today. Its green energy investment reveals out to be a big deal for Google itself.

In an official Google blog post it is stated:

"Technology can help us do more with less. For example, making use of natural climates has helped us make our data centers 50% more efficient than the industry average, and green building technology has helped us limit energy consumption in our offices around the world. Now, we’re doing more with less to power Google’s North Bayshore campus in Mountain View"

The firm will be allowed to reboot a wind farm in California's Altamont Pass, outfitting it with new turbines. That too will happen because of the long term agreement signed with NextEra Energy Resouces.

Finally, if we can geek out for a minute: We think this project is especially cool because back in the 1980’s, the golden hills of Altamont Pass were an early test bed for the first large-scale wind power technology in the U.S. We’ve been blown away (pun intended :)) by how far turbine technology has come since then. Once the installation is complete, and the 370 legacy turbines are replaced, it will take just 24 new ones to generate as much power as our campus uses in a year. Talk about doing more with less.

43 MegaWatts of electrical energy is expected to be added to the grid starting in 2016 with the arrival of this farm. This farm will contribute a certain percentage of the total electricity generated in 2016. Sustainability efforts by Google were primarily focused on on powering energy guzzling data centers, usually with clean energy.Many out of all are located around the globe. To build a hyper efficient data center, Google recently dropped $773 million in Netherlands, whereas company already had one already in Belgium. According to Google, its going to be the "fourth hyper efficient facility in Europe.” 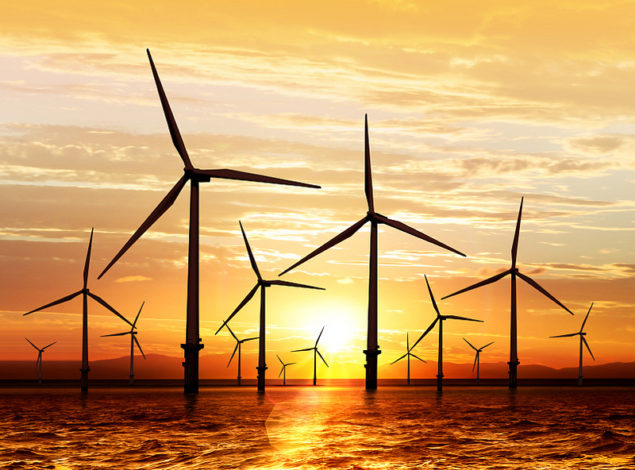 Google stated about the making of a new hyper efficient plant in Netherlands:

The new Dutch data centre will benefit from the latest designs in cooling and electrical technology. It will be free-cooled — taking advantage of natural assets like cool air and grey water to keep our servers cool. Our data centers use 50% less energy than a typical datacenter — and our intention is to run this new facility on renewable energy.

Google is expecting to “start initial operations [on the data center] in the first half of 2016 and to be fully operational by the end of 2017.” Apple also stated that it wants to start expanding its renewable energy resources towards retail stores in addition to its data centers. This announcement by Google comes on the heels of Apple's investment on building a $850 Million solar farm in California with First Solar. Apple operated two energy solar farms already in North Carolina and in Nevada.

The two companies are truly dedicated towards sustainable practices since many years, to help themselves in the long run and also to improve their Corporate Social Responsibility (CSR).