Google Allo For Web is Finally Here For Android Users, But Does It Matter? 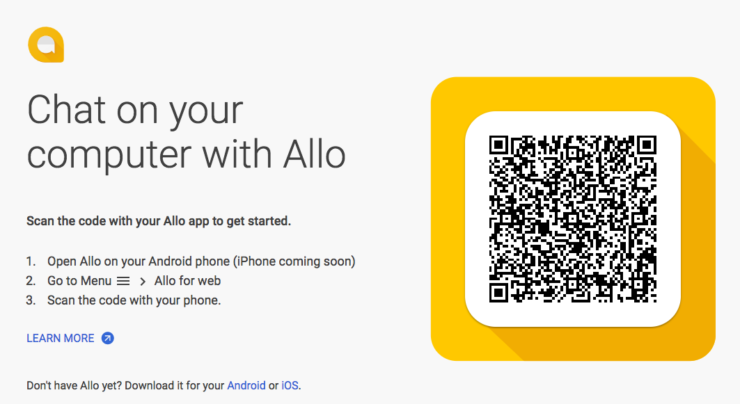 After teasing the extended feature for quite some time, Google has finally released web version for its Allo messaging app. The rollout has just begun, but only for the Android users.

As we stated, the web version for Allo is currently limited to Android users, but Google has promised to extend the support to iPhone too. Also, the web client for Allo is only available in the Chrome browser. To recall, WhatsApp Web was also limited to Chrome when it launched; it was later made available on other browsers like Safari.

Sadly, unlike WhatsApp Web, Google Allo doesn't work simultaneously on Web and Phone. Google notes that if users choose to “view Allo for web on your mobile browser, the app won’t work.” Besides, the tech giant also notes that some features of Allo will stay limited to the mobile. The list of these features includes:

The web client for Allo was expected to debut in February this year, but Google delayed it for some unknown reasons. Now that the web version of the app is here, we wonder how many users would advantage from it. Google Allo is far behind WhatsApp when it comes to users tally. Also, it's worth noting that Google itself has various messaging platforms like Google Voice, Google Duo, Hangouts, and recently added YouTube chat. Amidst the crowd of messaging apps, do users care about Allo's web version?