Today, a Goldman Sachs (NYSE:GS) analyst by the name of David Tamberrino reiterated the firm's "sell" rating for Tesla (NASDAQ:TSLA). Their price guidance? $205 which is a massive 34% down from its current price point of $313/share. This means GS believes Tesla is massively overvalued and that they see a fair stock price for the automaker at $205/share.

"We believe the company is tracking below its 2018 Model S/X guidance of approx. 100k units (an implied 25,000 per quarter). Further, while monthly Model 3 deliveries are showing sequential improvement, we estimate that they will fall well short of consensus expectations ... We continue to expect a slow ramp for the Model 3, and maintain our Sell rating as we expect shares to de-rate as targets are potentially pushed further out." 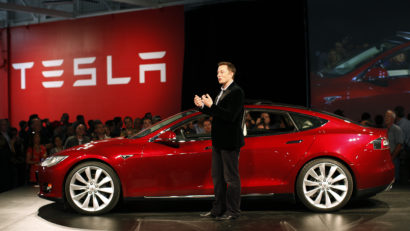 To sum.. Tesla can't make the Model 3, which is their "bread and butter" mass appeal sedan, fast enough.  While the Roadster and Model S and X have been very popular in their high-end luxury niche markets, its the Model 3 that Tesla has been betting big on for a long time now. They need greater volume than their current lineup commands in order to finally become profitable over the long term and the Model 3 is designed to deliver just that. Tamberrino and every other investor knows this and its a bad sign if Tesla slips on its goals.

They originally forecast that they would produce 5,000 Model 3's per week in 2017 and then backpedaled this goal to Q1 2018 before finally pushing it yet again to next quarter. If Elon Musk and company aren't meeting 5,000 per week just how many Model 3's are they actually making? We won't know until April 2nd when the automaker will divulge this figure during their earnings call.

In the meantime our friends over at Bloomberg have devised some clever assumptions to approximate how many Model 3's Tesla is actually building. Their findings? Somewhere in between 800 to 1,000. 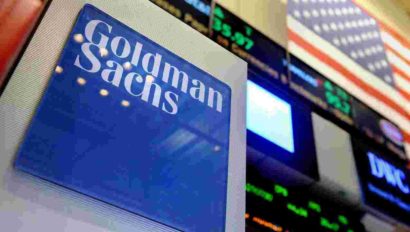 Keep in mind this is the same Goldman Sachs that pumped Tesla stock the day before Elon Musk and Co. went on to sell a second round of stock to gather capital funds. It went on to underwrite a $2 billion Tesla stock sale that in all likelihood gave Tesla the resources to even produce the Model 3.. this didn't go unnoticed by the Securities and Exchange Commission who formally investigated the automaker in regards to Goldman's sketchy, too-coincidental timing of the Tesla stock sale. Come to find out they have a somewhat interesting relationship. More involved than you think an automaker would ever be with a bank..

2018 will be very telling of Tesla's future

Whether or not Tesla is getting inside help from major financial institutions; the fact remains that they are way behind on production schedule which I'm sure most investors will agree doesn't bode well. Tesla has been through several rounds of raising capital and they may yet require more stock sales to generate the necessary capital to continue scaling. If they ever hope to become profitable they must ramp production - and do it fast.

Their much larger, and better funded rivals like GM, Ford, and VW all have plans for an under $35,000 all electric vehicle and they definitely have the resources and infrastructure to scale production.

Elon Musk is a master of spin and all eyes will be on him for the company's next earnings report on April 2. Tesla, while led by a modern visionary and possessing awesome tech has ALWAYS been about innovating before anyone else. Once the big players release something akin to a Model 3 in a similar price range.. then all bets are off for Tesla's aggressive growth ambitions.