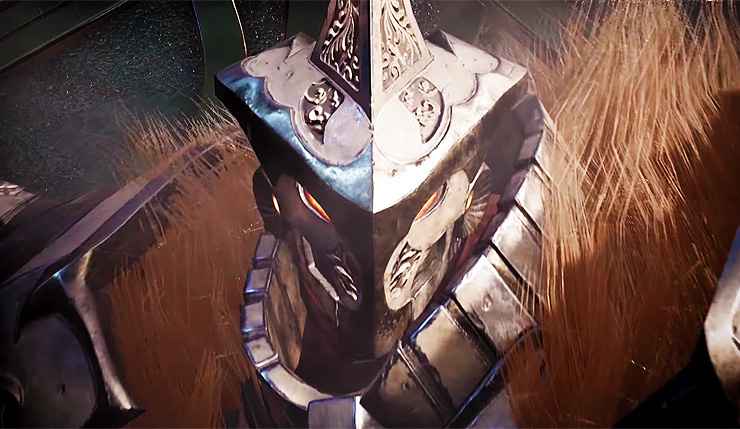 Godfall, the new fantasy “looter-slasher” from Counterplay Games and Gearbox Software, was one of the very first games announced for the PlayStation 5, which, of course, grabbed the title a lot of early attention. Other next-gen announcements have since stolen some of game’s thunder, but during Sony’s latest State of Play presentation Godfall popped up again with some fairly impressive new PS5 gameplay that will hopefully generate some fresh hype.

The new Godfall footage mostly focuses on the game’s combat system, which promises to be fluid and offense-oriented. The game boasts five different melee weapon classes, each with their own play style, combos, and special attacks, with the new footage providing an in-depth look at the  duals blades and longsword. We also get to see a longer look at a boss battle we’ve seen teased in previous footage. But hey, enough yapping from me – you can check out the new Godfall footage for yourself, below.

Looking pretty solid! Hopefully Counterplay can deliver something that measures up to the best Japanese action titles from studios like Platinum Games. They have their work cut out for them! Here’s a bit more about the dual blades and longsword weapon classes:

Dual Blades are the fastest weapon class in Godfall. Embodying speed, fluidity, and mobility, the dual blades are exceptional against soft, unarmored targets or single targets.

Godfall hacks and slashes its way onto PC and PS5 this holiday season.