God of War Director Cut Several Bosses, Says Those Who Want More Are “Being Greedy” 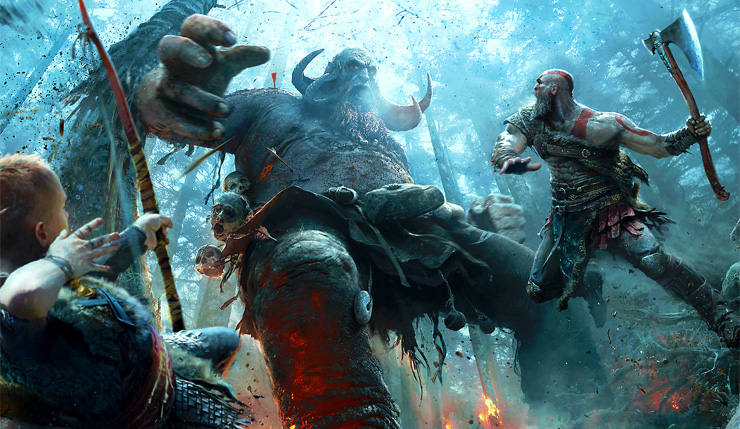 The new God of War is a fantastic game (check out Wccf’s perfect 10 review if you don’t believe me), but, in some ways, it doesn’t quite measure up to past entries in the series. Some players have singled out the game’s bosses for criticism – sure, there’s still a decent number of them, but they just aren’t as big, bad, and varied as in past God of Wars. Well, in a new interview with GamingBolt, God of War director Cory Barlog reveals there was supposed to be a more varied roster of bosses in the game.

“There are several bosses that I had to cut throughout the game simply because we got about 15 to 20 people on each boss, and those bosses go anywhere from a year to two each. Which I think is something a lot of people underestimate, ‘There’s not enough bosses in this game!’ You’re kind of being greedy, because while I’d love like ten more bosses in there, this game would have taken like 20 years to make.”

Apparently, hints of these excised bosses still exist in the game…

“There are theories out there where people are looking at characters and going, ‘Who is this character? Why do they have a giant bird statue in Helheim?’ And wondering why we spent time and effort on that thing. Maybe that’s because it was a giant boss at one point.”

According to Barlog, time and resources weren’t the only reason there are fewer bosses in God of War. It was partially an intentional choice, as Barlog wanted to present a more-streamlined story, that focused more on character than on non-stop spectacle. What do you think? Did he make the right choice? Or would you have preferred more giant baddies for Kratos to annihilate?