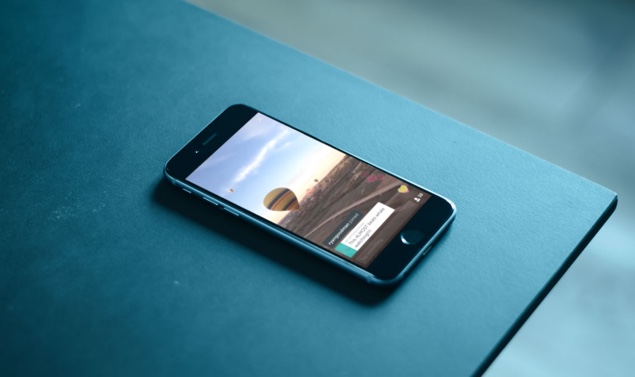 Live video is the next big thing on social media it seems, and Twitter is not shy to admit it, as the company is rolling out a new 'Go Live' Periscope button in its mobile Twitter app for both iOS and Android.

Twitter rolled out its Periscope service and app a while back, allowing Android and iOS users to broadcast live video from their mobile devices in the simplest way possible. The newfound Twitter feature skyrocketed to the stratosphere but comes with a huge inconvenience - one has to launch the Periscope app first in order to go live.

But a while back, Twitter started to test out a new 'Go Live' button its mobile app for Android users, with the feature now going live for some iOS device owners as well, and it allows you to jump right into live video without having to fiddle around your home screen for the Periscope app. Simply tap on the 'Go Live' button while composing a tweet as shown in the screenshot below, and if you don't have the Periscope app installed you'll be taken to the App Store or Play Store for installation, after which things are self-explanatory from there.

Basically, Twitter will redirect you to the Periscope app from the Twitter app itself, saving you a bunch of taps in the process. And it's quite handy in a lot of ways if you're asking us. After all, many of us spend a ton of time within the Twitter app, therefore adding a 'Go Live' button under this umbrella makes a lot of sense.

At this point in time, only a handful of Android and iOS users can see this new 'Go Live' button, and Twitter has promised everyone will get a taste of it in the time to come. Meanwhile, we recommend user to install the Twitter for iOS and Android apps onto their devices, along with the Periscope for iOS and Android apps. All of them are absolutely free and well worth the download if you consider yourself a diehard Twitter user.

Considering how much traction live video is getting currently, therefore it's highly likely the 'Go Live' button will see the light of day for everyone in the coming few weeks. But as usual, we will inform our readers about it whenever that happens, so stay tuned to our coverage.