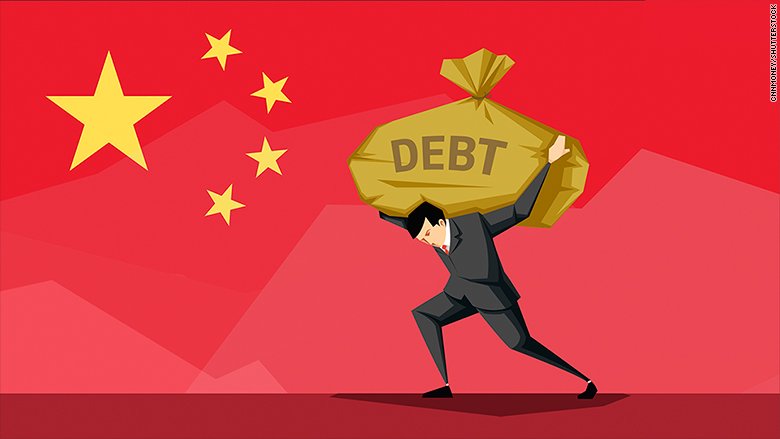 The pace of defaults in China’s $4.4 trillion onshore bond market is approaching record levels as companies juggle elevated leverage amid a slowing economy. The situation has become a litmus test regarding the extent to which China is willing or able to backstop the stability of its financial system which, in turn, poses grave implications for the global economy.

Year to date, China’s corporate bond defaults have risen to 120.4 billion yuan ($17.1 billion), just shy of the highest annual defaults of 121.9 billion yuan recorded in 2018, as per data collected by Bloomberg. Moreover, with 15 defaults reported since the commencement of November, fears of a financial contagion are rising. Additionally, this malaise is affecting a broad spectrum of industries such as property development, steel manufacturing, I.T. firms, etc. In another troubling sign, the range of borrowers experiencing liquidity issues has also expanded and now includes not only private companies but also State-Owned Enterprises (SOEs) and investment arms of universities.

In a worrying sign, China’s offshore bond market has also failed to remain immune to the wave of defaults that has been spreading within the country’s onshore debt market. In what is likely to become the largest default by a SOE in over two decades, China’s Tewoo Group Co – a major commodities player based in the northern city of Tianjin – is all set to default on its $300 million bond due on the 16th of December. In a novel debt restructuring plan for any offshore SOE player, the company has offered to swap existing bonds with new ones bearing significantly lower returns.

According to a report by Fitch released this Tuesday, debt defaults by private Chinese companies surged to an all-time-high of 4.5 percent during the first 10 months of 2019. As an additional caveat, this figure may yet be understating the unprecedented default levels due to the preference by some borrowers to settle or restructure their debts privately with bondholders without involving the clearing houses. It should be noted though that the prevailing default rate for SOEs is just 0.2 percent, at present, and is largely due to the financial backing from the state.

With its corporate debt surging to a whopping 165 percent of GDP last year, Beijing currently faces an unparalleled predicament. The state has to allow a wider default wave to act as a cleansing mechanism for the entire corporate sector. However, doing so removes the implicit state backing that has served as a multi-decadal lynchpin for SOEs, thereby, forcing investors to price credit risk based on fundamentals and creating massive upheavals throughout China’s financial, industrial and technological base. Given that China values few things – if any – above stability, this option will not be palatable to a significant proportion of Chinese policymakers. Consequently, as an epitome of a herculean task, China has been trying to selectively remove the safety net of state backing for its corporate sector in a manner that balances the need for a financial cleansing with its preference for maintaining broader stability.

Despite the grave circumstances, some analysts remain upbeat and assert the absence of a systemic debt crisis in China, at least based on publicly available information at present. The S&P Global Ratings said in November that the onshore default rate in China this year is expected to remain at 0.5 percent – the same level as last year’s.

“Rising defaults should be a natural part of credit-market cycle,” said Anne Zhang, head of Asia fixed income for JPMorgan Private Bank. “It is long-term positive for any market to develop a good pricing mechanism for risks.”

Optimistic analyst commentary aside, the present debt situation in China poses grave ramifications not just for the country itself but also for the health of the global economy. We have been discussing China’s debt black hole for a number of years now (read our pertinent coverage here). Bear in mind that the reason why some analysts have termed the Asian giant’s debt pile a literal black hole is because of the unparalleled opacity surrounding it. We do not know for sure its exact magnitude and, therefore, number crunching based on this incomplete information can only be reliable to a certain extent. Should China’s default wave start to cascade and become insurmountable even for Beijing’s considerable financial arsenal, it can unleash a global upheaval. Readers should remember that China holds over $1 trillion of U.S. government securities and may opt for a quick liquidation of at least a part of these reserves in order to bolster its kitty during such a crisis. As a refresher, when the supply of bonds increases, their prices decline while yields rise. Consequently, interest rates in the U.S. may face significant upward pressure in the face of such an eventuality. Moreover, a systemic debt crisis in China will certainly roil global business sentiment and may even precipitate a world-wide recession.

Despite a concerted push by the Trump administration to reduce America’s reliance on China in general and the tech sector’s in particular, the Asian giant remains a key node in U.S. industrial and tech supply chains. Consequently, a cascading debt crisis in China will also disrupt American supply chains as firms serving as vital nodes go under. if this happens, it is reasonable to expect material downside for U.S. equities with the tech sector leading the fall. In today’s globalized business environment, if China sneezes, the world will catch a nasty cold!