Dorado Games has just announced that their unique gladiatorial management/fighting game, with permadeath, is now out on Steam. It looks like you'll be able to train your own fighters and prepare them for battle, and to win their freedom, in Gladiator Online.

The core premise of Gladiators Online is that of a turn-based strategy action game that lets you control your gladiators in a fight to the literal death against other player-controlled gladiators. When not in battle you'll have to strengthen their stats and find the best possible combinations of equipment. There's also a dynamic player-owned gladiator economy where you can trade, or buy as is the historically accurate method, different gladiators to train and then compete.

Gladiators Online is free-to-win, with a special emphasis placed on making sure all players experience a fair combat system and game progression, regardless of whether they pay money. Premium packages are designed to save time and in-game currency without unbalancing the actual combat itself. 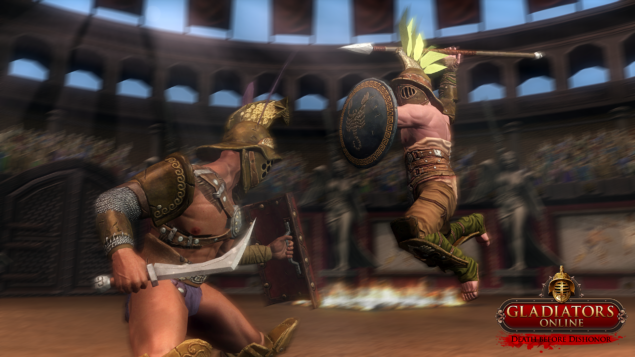