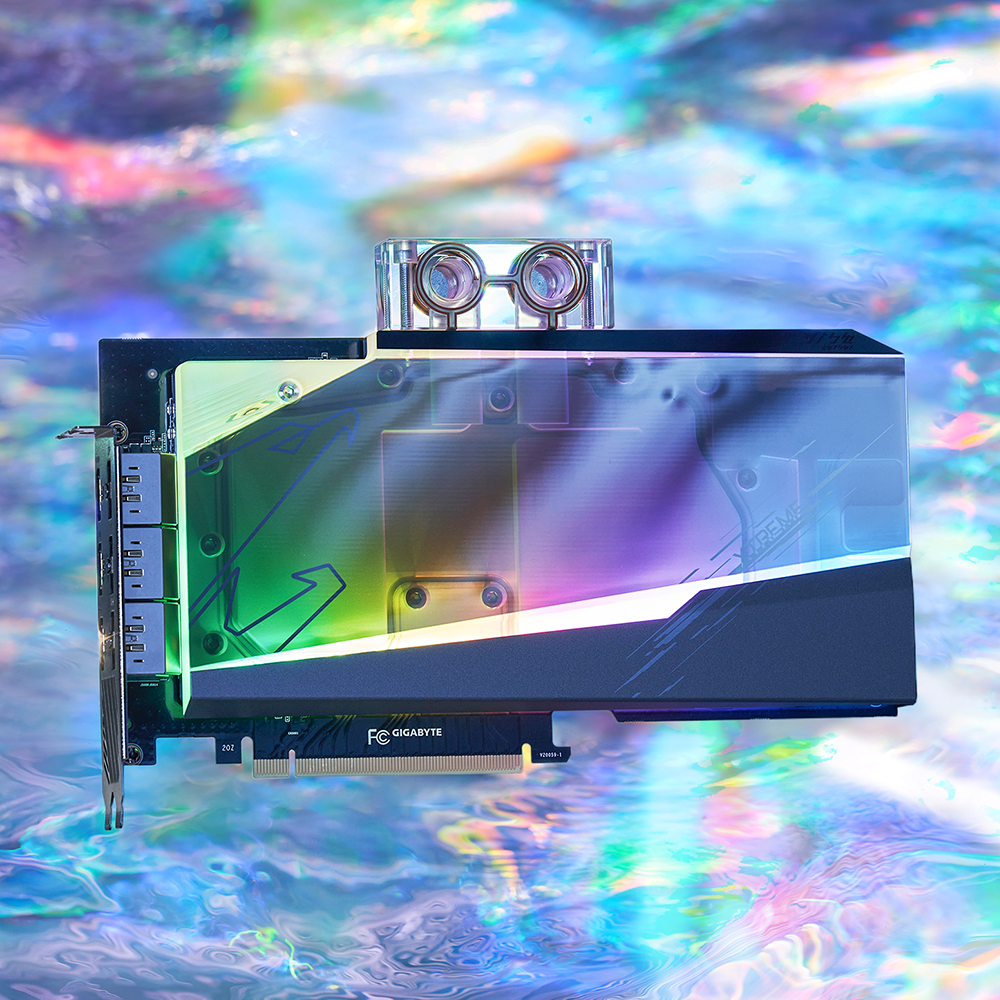 These are Gigabytes water-cooled graphics cards and are sure to give consumers a performance boost over their air-cooled cards. These water-cooled GPUs come in two variations for the 3080 and 3090. The options are an AIO system for water cooling or a preattached water block.

The XTREME WATERFORCE is the AIO version of the two options and it is a great entry for those not looking to go all-in with an open-loop. The low maintenance of the AIO is what is great for many and it provides better performance. The copper cold plate directly touches the GPU, VRAM, and other critical parts. The AIO features a 240mm radiator which is better than the 120mm radiator you see on most AIOs. It features an advanced heat pipe to efficiently deliver cooler water for active heat dissipation.

The AORUS WATERFORCE WB is a great option for those looking to upgrade their current open-loop system or those venturing into building an open-loop system. The optimal channel spacing between the micro fins allows for enhanced heat transfer and the sunk design of the copper micro fins allows for a shorter conduction path. That allows the water transfer to be quicker throughout the GPU.

Both of the models feature RGB front and back covers giving the users more options to customize their GPU. The water block model features built-in leak detection to protect your system. Both of the cards are looking like they are going to be pretty expensive.