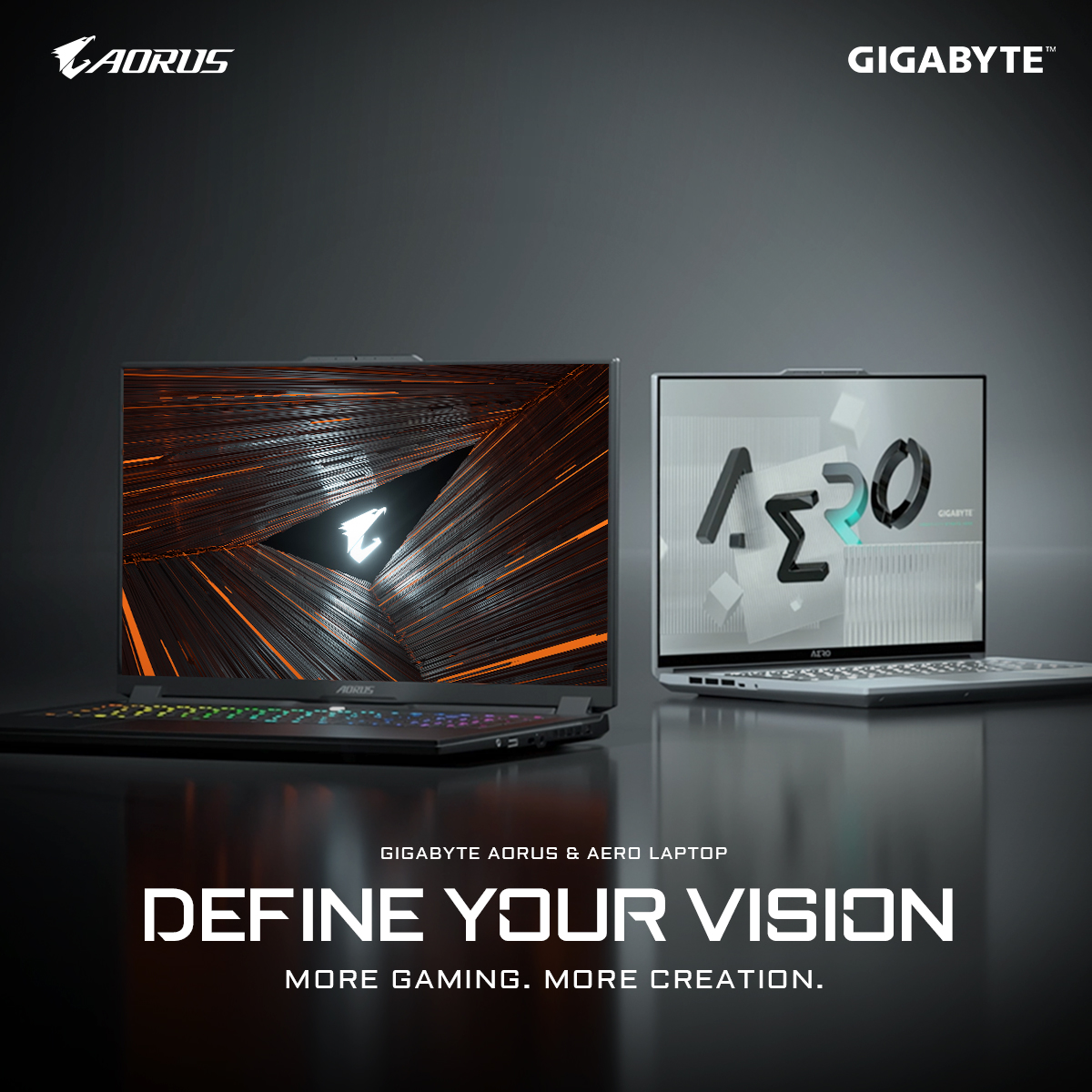 The latest laptop range from Gigabyte includes its AORUS 17, AORUS 15, AERO 16, and AERO 15 models, all of which are powered by Intel's Alder Lake-P CPUs & NVIDIA's GeForce RTX 30 GPUs. Each model comes in various configurations to select from so let's start.

All models are configured with a choice of Intel Alder Lake-P CPU up to the Core i9-12900HK. Memory options include up to 64 GB DDR5-4800 (SO-DIMM x 2) and the storage can be expanded through dual M.2 slots, both of which are Gen 4x4 compliant. All models come with a 240W power adapter to charge the 99Wh battery. The display is a 17.3" FHD with a 360 Hz refresh rate and the whole thing weighs in at 2.7 Kgs (for the base variant).

The cooling is provided through Gigabyte's Windforce Infinity cooling system which features 4 air-flow exhaust vents, triple heat pipes, dedicated heat pipes for the GPU VRAM & also a dedicated one for the GPU itself. As for the design itself, you are looking at a 15-inch chassis with a 17-inch screen, a larger and smarter touchpad with a 25% increased area that can recognize wrong inputs, and lots of IO on the side ports such as Thunderbolt 4, USB 3.2 (Gen 1) and triple external display outputs (to name a few).

The Gigabyte AORUS 15 laptops are pretty much similar to their AORUS 17 siblings except that they come with a 15-inch display. There are also three configurations that include YE, XE, KE models and the main difference is one again the GPU configuration. The display configurations include an FHD 360 Hz and QHD 165 Hz panel while the whole thing weighs in at 2.4 Kgs (for the base variant).

Next up, we have the Gigabyte AERO 16 and AERO 17 & AERO 16 Creator lineup which features a sleeker style compared to the gaming aesthetics of the AORUS lineup. All models come with a very narrow bezel and adopt a 4K HDR/AMOLED display with a 16:10 aspect ratio. The chassis is made of CNC aluminum and comes with a range of options to select from. The AERO 16 and AERO 17 also have three main configurations that include YE5, XE5, and KE5.