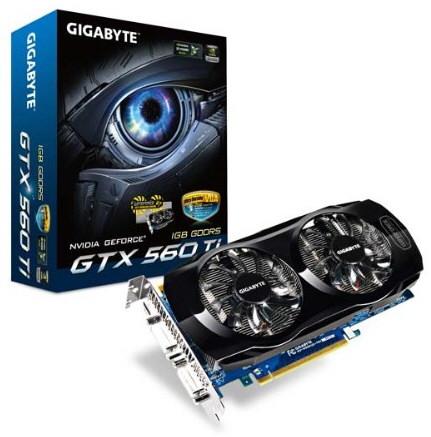 Gigabyte is about to launch its fourth GPU variant of the Geforce GTX 560Ti based on its famous WindForce 2X Cooler. The card is code-named GV-N560UD-1GI and will feature an Ultra Durable design (2oz copper PCB, Ferrite Core Chokes, Low RDS (on) MOSFET, Japanese Solid Capacitors) along with the WindForce 2X Cooler which is a dual fan heatpipe cooler.

Being a custom built card, The card still come with stock clocks of 822 MHz, 1644 MHz and 4000 MHz for Core/Shader/Memory respectively. Other specs include 1GB GDDR5 memory along with a total of 384 Cuda Cores. Connectivity includes two DVI ports and one mini HDMI output and SLI Support.

The WindForce 2X will allow some good overclocks on the card however a stock factory OC should be included considering its a custom built card. The card is expected to launch by Early May, No words on the pricing yet. 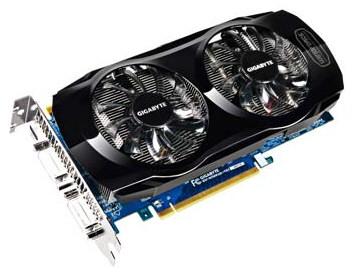