Gigabyte detailed its upcoming Geforce GTX 460 card in a sales kit presentation to its distribution partners. The Gigabyte GTX 460 768MB or GV-N460D5-768I-B will be based on the reference design which Nvidia revealed earlier and the stock clocks will be maintained. The price of the card is set at 199$. Also Gigabyte revealed its performance tests which reveal that the card performs "close" to a ATI HD 5830. 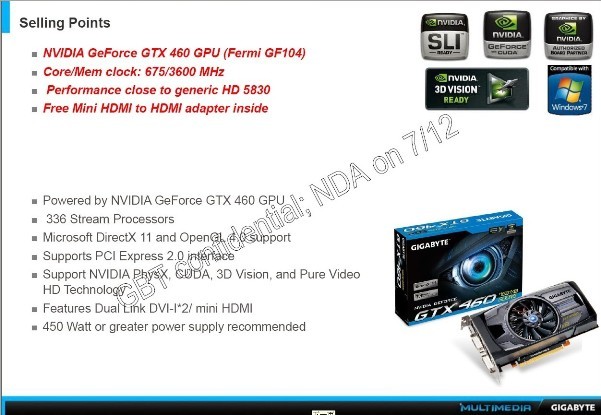 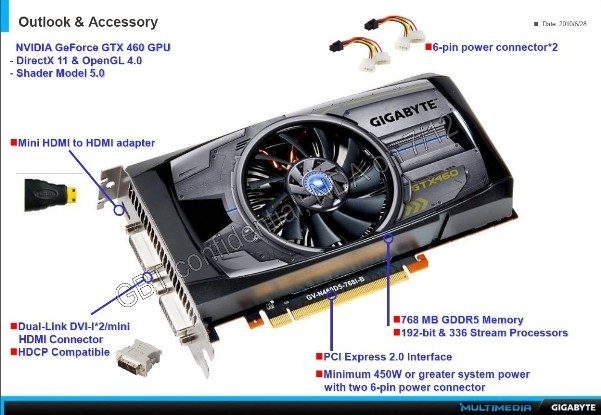 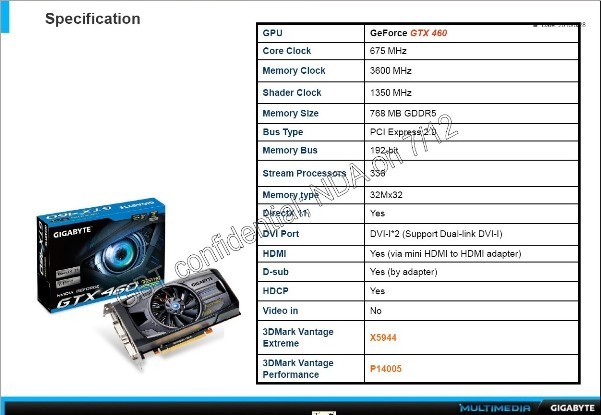 Gigabyte demonstrated the performance of the card in a variety of some benchmarks and games. The card was benched against GTX 465 and the ATI HD5830 along with some Nvidia Geforce 200 Series cards. The card outperformed the ATI 5830 in 3D Mark 06 and 3D Mark Vantage (Performance Preset) while the HD 5830 beats the GTX 460 in the 3D Mark Vantage (Extreme Preset) by a not so big score. The same was in gaming Direct X 11 Benchmarks where GTX 460 outpaces the ATI counterpart while in some tests HD 5830 rules. 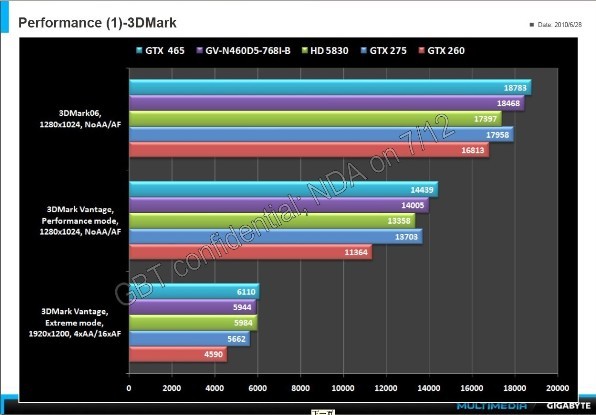 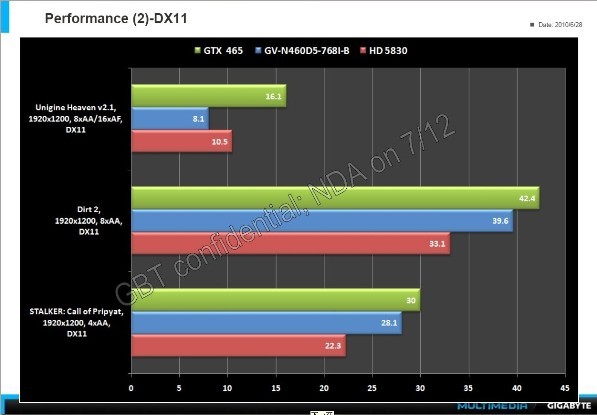 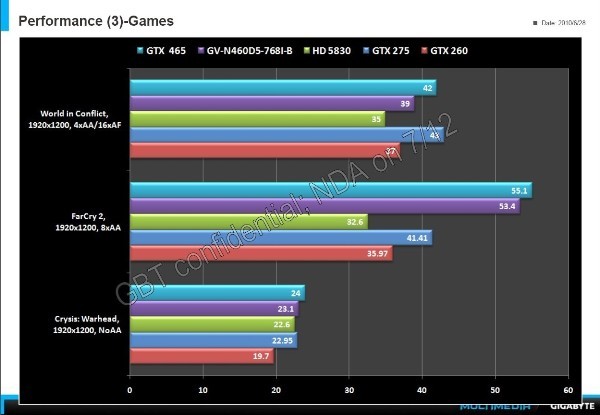 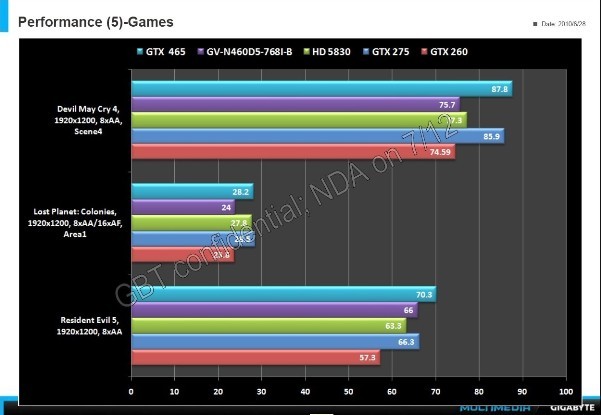 The card is expected to launch by 12th July and there's also possibility that Gigabyte might show up some non-reference accelerator cards.