2K on Giannis Antetokounmpo: ‘He’s The Prototype of a Video Game Character’ 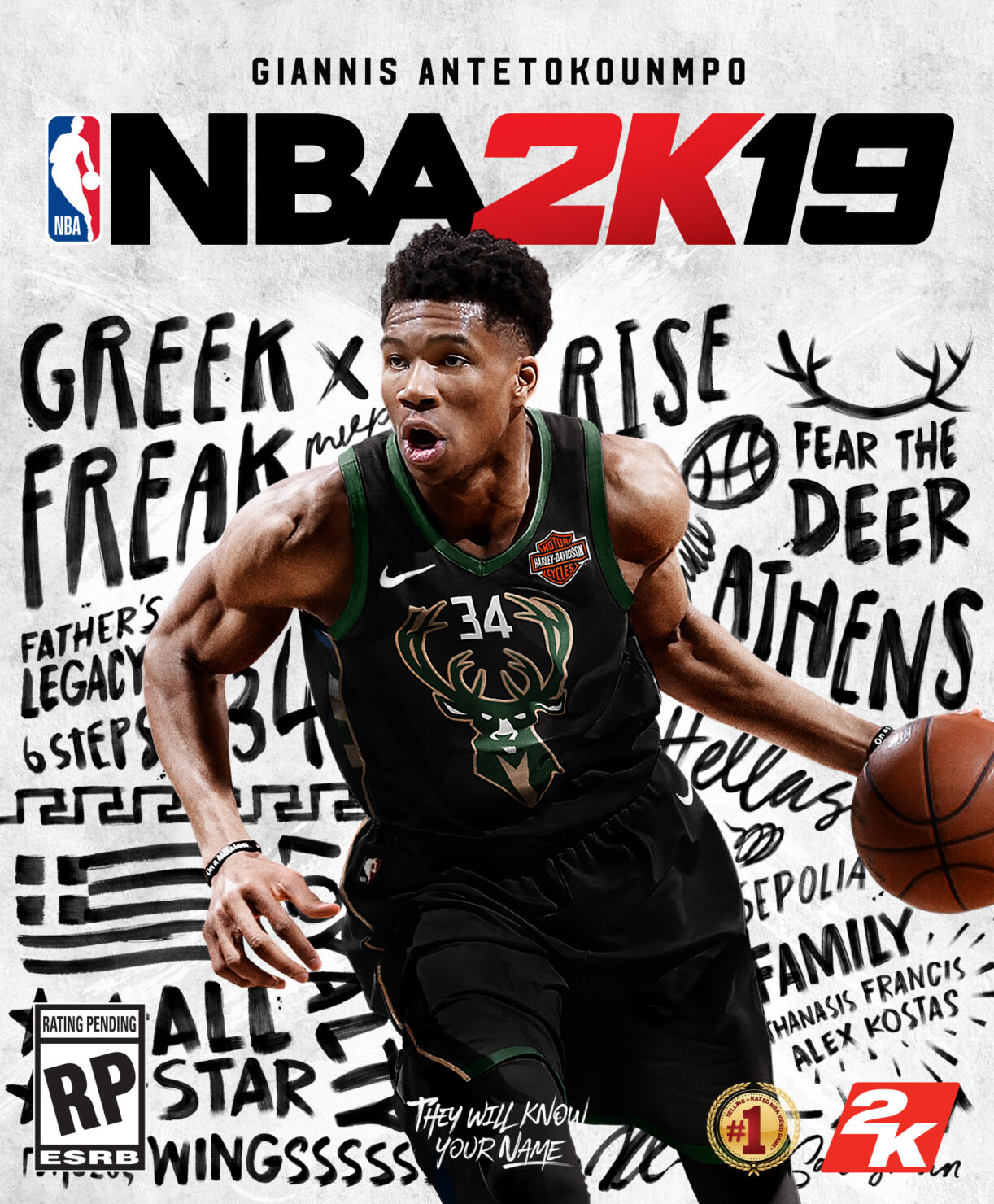 In the basketball court where Giannis Antetokounmpo learned to play, there are very few places to hide from the brutal Greek sun. Ringed by quiet dusty roads, the only shade to be found is found in the edges where dry and scorched trees survive. And while the stone bleachers might be adorned with the familiar graffitied phyllases and love notes, The Greek Freaks mural is left remarkably untouched. Fans of basketball can probably name a few courts that have been adorned with local heroes. 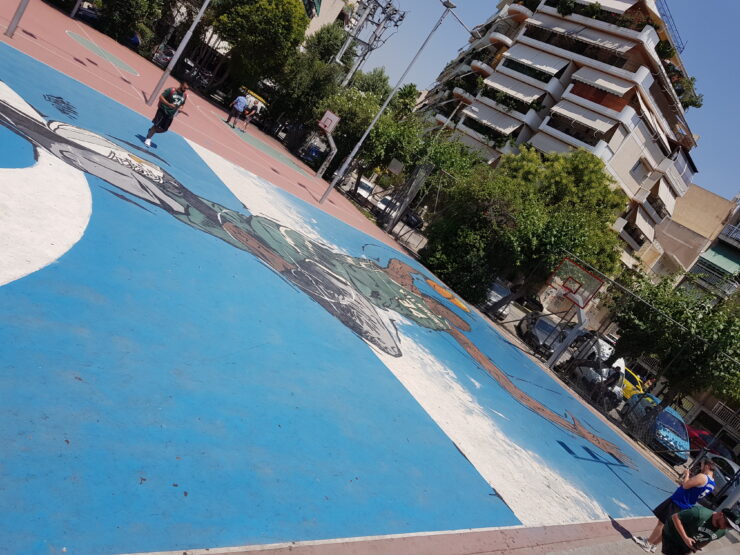 Reaching from one hoop the other his visage doesn't just do justice to his incredible height, but it is a record of the respect he wields. As I traveled to the court, the various locals were quick to talk about the Greek Freak, despite the football World Cup roaring all around us. He is a local hero in a sport that is becoming more popular by the year.

Basketball is often seen as a typically American sport, and perhaps this is why Giannis is being used as the star of the upcoming NBA 2K19. This court, as remarkable and mundane as it is, could be more or less any Mediterranean city neighborhood. The dry heat, pale yellow haze and narrow streets all feel like distinctly familiar. At a press conference in Greece, Giannis spoke about wanting to open the door for more international players at the NBA: “I wanted to show that you can be from Europe or Africa or Asia and it can be done.”

But behind the possibility of a cynical marketing tactic is a young passionate basketballer and a team that wants to tell his story.

The cover art featuring Giannis Antetokounmpo is not just his face, but his brand. Moving away from the typical format this cover, the digital marketing director Ronnie Singh (known as Ronnie2K) explains that “this year was about making a brand statement, but we wanted our cover athlete to weigh in and talk about his brand on the cover.” 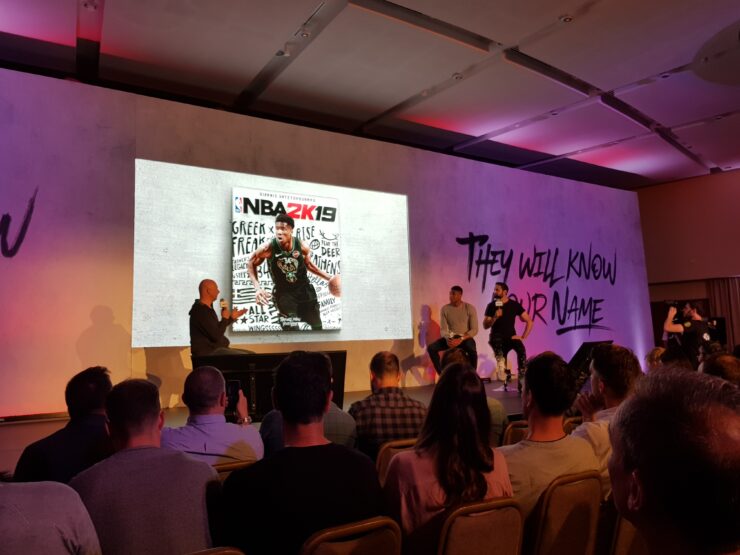 Talking through the various aspects of the work, Giannis highlighted some of its features. “My brothers' names are in there because it’s a part of history being on the 2K cover, and I wanted my family to be there. It talks about my dad, it talks about my country, it talks about a lot of things about me and my family and where I came from.”

When I had the opportunity to interview Ronnie 2K about the work, I first wanted to know how exactly the star is chosen each year. While Giannis’ record speaks for itself, it must always be a difficult decision to pick a single athlete each year. Apparently, it's all handled by “ a small group of people at 2K, and we talk a lot about things like his stats, his play, is his story growing and that kind of stuff.”

But Ronnie quickly confirms that this is more than just pure numbers and that the team behind NBA 2K19 really want to celebrate Giannis Antetokounmpo, his accomplishments, his heritage, and what he means to the player. “It’s a badge of honor really, there’s only so many cover athletes and there will only be one a year so it’s a big deal. We ask can we work with their story and can they fit the video game model. And I actually think that Giannis is a good reflection of all of those things. In specific he is the prototype of a video game character. That’s the guy you want to build in career, the guy that can do everything.” 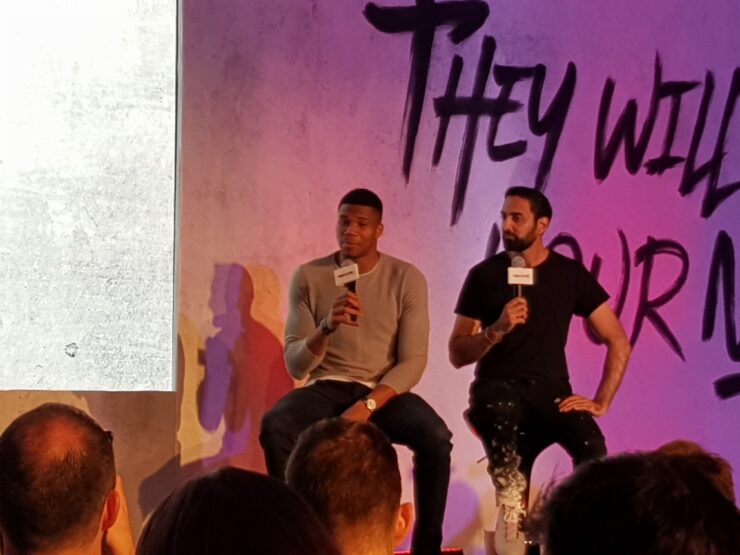 Growing up in Athens, it must be hard to imagine becoming the star of not only a huge sporting league but a huge video game as well. While the ancient Olympics first celebrated sporting ability thousands of years ago, the country has since been dwarfed internationally by America, China and others. Giannis not only found recognition but has highlighted a path that others might take in the future. While some might say it's nothing but a marketing move, and that 2K are simply trying to expand their European share, the game itself is already becoming more popular, Last year's NBA 2K18 broke record sales without a local star on the cover. In the end, I asked Ronnie directly if there was any strategy behind the decision, and his answer was excited and earnest.

“We really want to tell the story of Giannis Antetokounmpo, and he is so important internationally but I think that just organically happened. But we definitely wanted to focus on the right guy and the right story, international or not.”

NBA 2K19 will launch in early September for PC, PlayStation 4, Xbox One and Nintendo Switch. You can already pre-order the 20th Anniversary Edition (which features LeBron James on the cover) via Amazon.