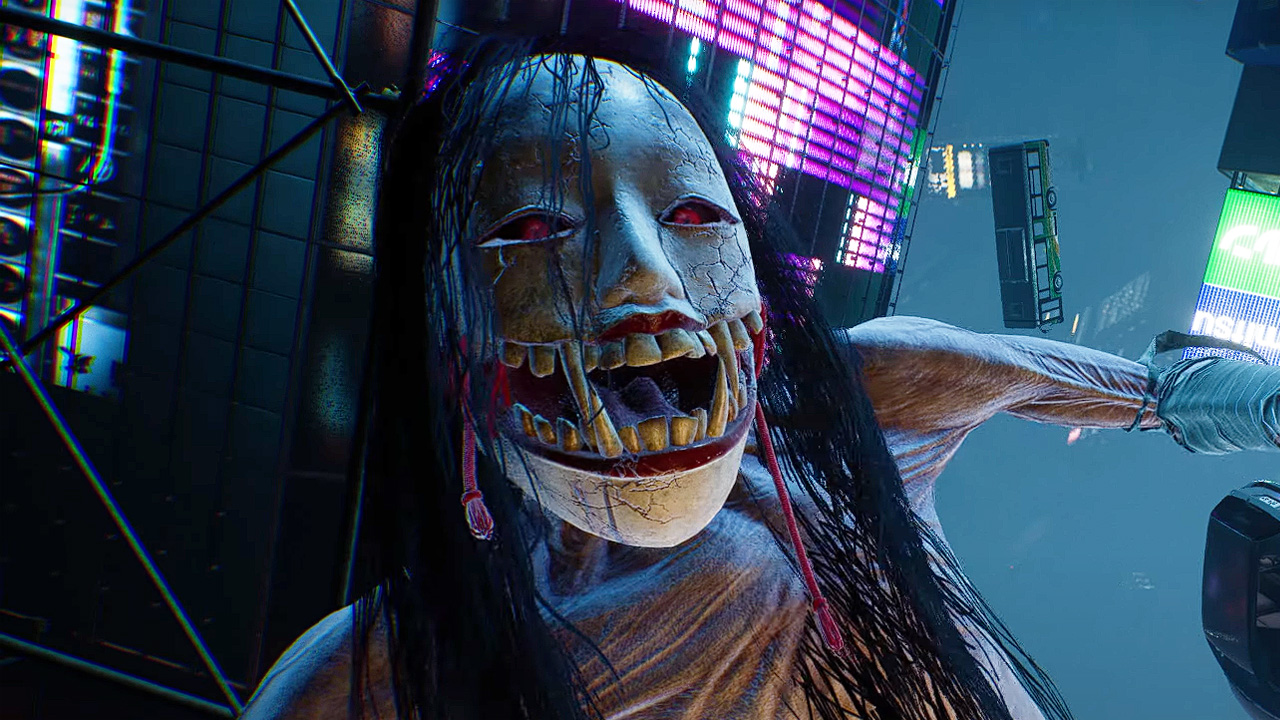 The game’s release date and pre-order details leaked a bit early yesterday, but today Sony and developer Tango Gameworks showed off our first extended gameplay look at Ghostwire: Tokyo (an odd statement considering we’ve known about the game for over two years and it launches in under two months). The footage provides a fresh look at the game’s unique “Ethereal Weaving” magic combat system, city exploration, and freaky yokai enemies. Perhaps most interesting are the “Utena Spaces,” strange mind-bending sequences you’ll have to occasionally work through to progress the game. You can check it all out for yourself, below.

Clearly Ghostwire: Tokyo isn’t exactly your typical AAA title, but I kind of love how far out on the limb Tango Gameworks is going here. Here’s a bit more info about the game’s combat and Japanese-folklore-inspired world…

As you make your way through Tokyo, you’ll inevitably run into supernatural beings called Visitors, malevolent foes that stand in Akito and KK’s way. Ordinary attacks from weapons like guns and swords are of no use against these otherworldly threats. You’ll primarily rely on Ethereal Weaving, hand gestures that allow you to manipulate ether, to combat foes. By weaving this energy, you can give it form and release it to damage your foes. There are three elements available to weave and each is best suited for different enemies and ranges. Making strategic use of them will be key to getting the upper hand in battle.

The first of the three elements is wind. Wind weaving allows you to rapidly shoot bursts of ether at your foes like a handgun. Next, there’s water weaving. This functions more like a shotgun, allowing you to deal bursts of heavy damage at short range and knock your targets back. These strikes have a wide area of effect, making them extremely useful when you’ve got lots of enemies bearing down on you. The final elemental attack is fire weaving. Think of this one like a rocket launcher. It inflicts massive explosive damage on anything unlucky enough to get caught in the blast. Fire weaving is best-suited for when your enemies are clustered together.

Attacks allow you to expose the cores of your enemies, which can be ripped away to deal huge damage. In addition, thanks to the advanced haptics of the PlayStation 5’s DualSense wireless controller, you’ll feel like you’re right in the action as you unleash Ethereal Weaving and tear out the cores of your enemies. In addition to the three attacking elements, you can also wield earth ether to block enemy strikes. You’ll also get to wield other tools like a bow and special talismans which facilitate a stealthy approach. 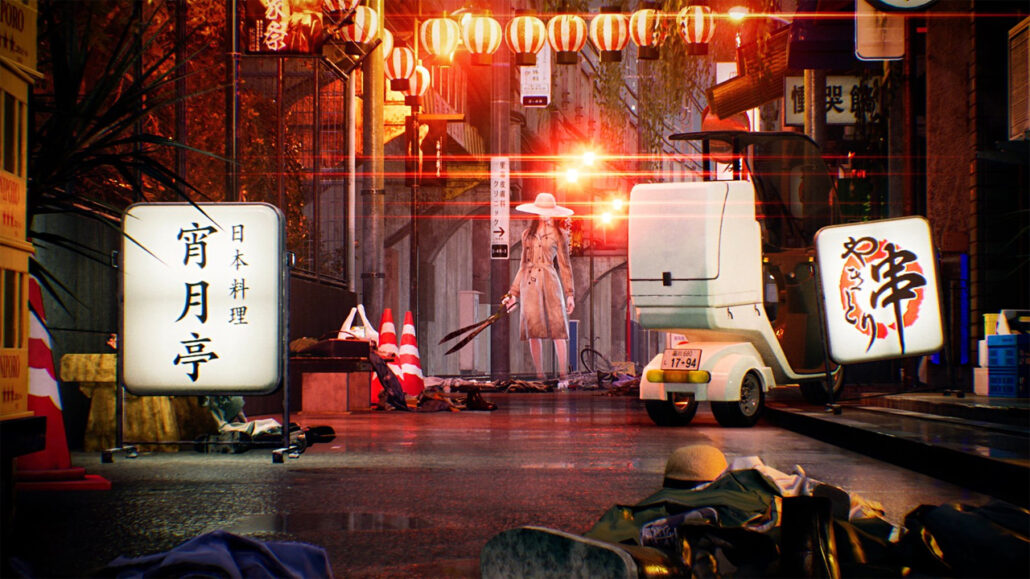 Missions and progression informed by myth and legend

Shibuya has been cut off from the rest of the world by a mysterious fog spewing out of a number of corrupted torii gates throughout the city connected to the underworld. Akito has the power to cleanse this corruption, lifting the fog blanketing the area around them and expanding the area of the city open for exploration. Torii gates can be found throughout Shibuya, not just at the entrances to Shinto shrines where they’re traditionally found but also down dark alleyways and up on the rooftops.

As you make your way down the alleys and plumb the underground depths of Shibuya, you’ll witness all manner of supernatural happenings inspired by Japan’s colorful folklore. For example, one urban legend involves a mystery train that shows up in stations and can’t be found on any schedule. Those who board alone are whisked away to another realm and stranded forever. Is there any way to escape? Ghostwire: Tokyo invites you to take the journey and find out for yourself—should you have the courage to do so!

With Shibuya linked to the underworld, things that were once hidden have now begun to appear out in the open. Though the city has become far more dangerous, not every newcomer poses a threat to Akito and KK. Some of these beings can help him grow his supernatural powers. For example, take the spirits that can be found drifting through the streets. These lost souls are some of the roughly 200,000 people who vanished at the beginning of the game. Using special phone booths put together by a member of KK’s team, Akito can send these souls back to the safety of the outside world, which lets him level up and unlock new Spirit Skills.

You’ll also be able to discover personifications of different natural phenomena roaming the streets. These mythological beings are called yokai, and you’ll be able to run into varieties of them such as kappa, ittan-momen, rokurokubi and many more. Finding them is only the first step, though. Each requires a different and unique method to capture them and harness their power.

Ghostwire: Tokyo is coming to PC and PS5 on March 25.