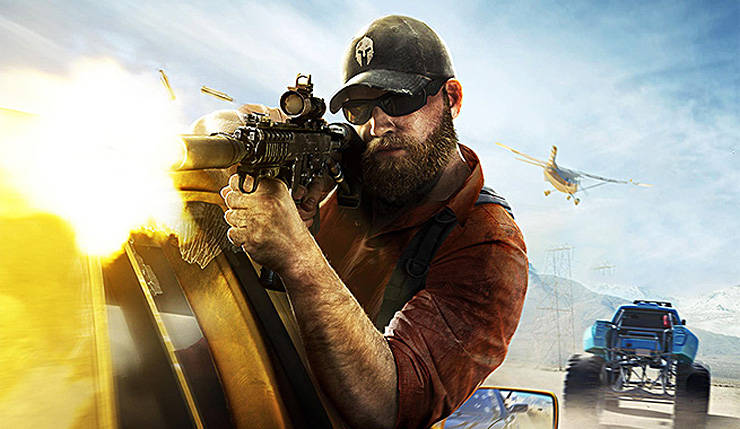 As revealed a few months back, Ghost Recon Wildlands is getting a second year of additional content, consisting of four free “Special Operations” updates. The first, which guest-starred Splinter Cell’s Sam Fisher, launched back in April, and now Ubisoft is preparing to drop their second update.

This update introduces “Ghost Mode”, a new more challenging way to take on the game’s main campaign. Ghost Mode will limit the amount of stuff you carry, introduce realistic reloading, and yes, dying is permanent. Of course, Ubisoft is also offering a variety of new maps, classes, and other goodies for the PvP Ghost War mode. You can check out a trailer for the Special Operations 2 update, below.

Ghost Mode is playable solo or in co-op, but make no mistake – it's a high-stakes test of skill that introduces a range of features, including permadeath, friendly fire, and the option to play completely solo (with no AI teammates). Other Ghost Mode features include: 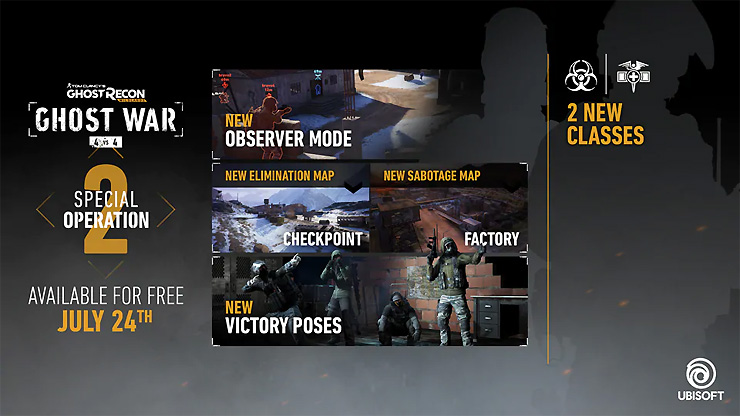 Ghost War is getting some updates as well, with two new classes, two new maps – including one with snow terrain – and new features including Observer Mode, a spectate feature with a free-roam camera and other tools for showcasing (or just watching) a match. Special Operation 2 also adds emotes, victory poses, and voice lines for an extra layer of personality. Finally, Special Operation 2 is adding ranked competitive seasons to Ghost War, giving players a new way to prove their skill.