Geohot (George Hotz) has finally managed to Jailbreak the Apple iPhone 4 after months of silence. After the release of iPhone 4, He registered a domain name that resembled his one-click iPhone 2G, 3G, 3GS and iPod Touch jailbreak tool named Blackra1n. The new name of his domain was Limera1n. But there was no response of him on the jailbreak after the launch of iPhone 4.

Geohot has posted a picture on his blog which shows his new iPhone 4 and he claims to have jailbreaked it the day it arrived. For proof he has shown in the picture Cydia running on his iPhone 4. You can see the picture below: 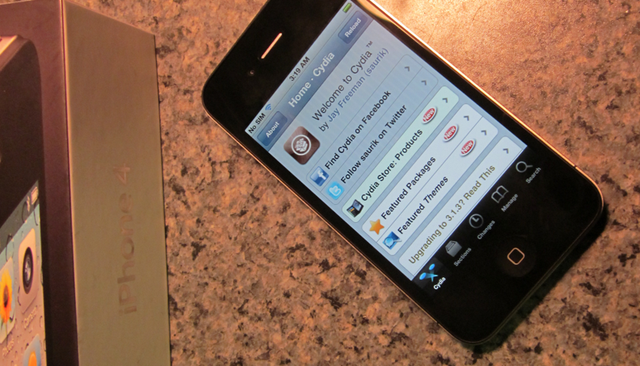 Here’s what Geohot writes on his blog:

Got one of these in the mail today and figured I’d give it a shot.

As far as a release goes, it probably won’t happen from me. limera1n is little more than a raindrop on a website; it was never mentioned by me previous to this post. pwned4life is a complete invention of some blogger in a basement somewhere. When I said pwned for life, I was referring to the original iPhone, 3G, and Touch; which of course are, by the aptly named PwnageTool.

Again, please don’t ask for release dates. Every person that does makes me want to release a little bit less.