Things have started to advance in the mobile hardware world at a good pace, with manufacturers pushing out new and improved chipsets faster than ever. The current trend in mobile processors is the 14/16nm FinFET manufacturing technology, that not only manages to reduce die size significantly, but also manages to reduce overall current loss in SoC, resulting in increased efficiency and decreased temperatures. While Samsung might have taken the world by storm with its 14nm FinFET on the Exynos 7420 at the start of this year, TSMC's catching up fast and has already started to ship second generation 16nm chips.

While all the hype last month was around TSMC's 16nm FinFET for the A9 on the iPhone 6s and the iPhone 6s Plus, the manufacturer has already started to move forward it seems. TSMC's 16nm FinFET + chips have already started to ship by American fabless semiconductor company Xilinx. Xilinx claims to have made the first shipment of its Zynq Ultrascale+ SoC. The company is known for its special purpose chips and programmable gate arrays and the Ultrascale+ comes with several impressive features on board.

The chips have been shipped to an undisclosed customer ahead of schedule and now we get to learn more about the 16nm FinFET + from TSMC. But before we get into that, lets see what the Zynq Ultrascale + is all about. The chip comes with four Cortex A53 cores, two Cortex R5 real time processing cores and the Mali 400 GPU on board. It also comes with Ultrascale programmable logic fabric, integrated peripherals and security engines, coupled with improved power management. 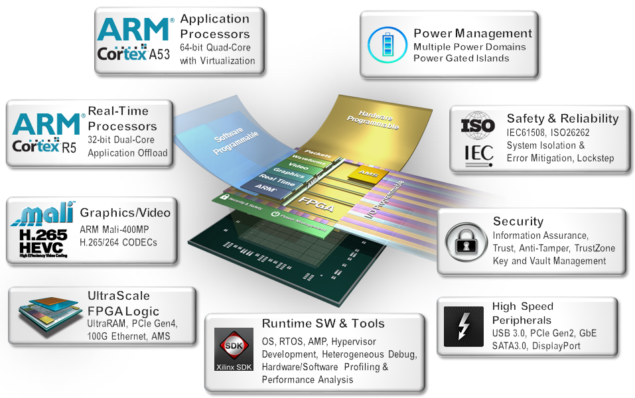 The 16nm FinFET from TSMC provides the chip with improved performance and power efficiency. In fact, Xilinx claims that the 16nm FinFET +, combined with 3D on 3D technology enable its product to deliver between 2 - 5X times the system level performance per watt over 28nm modes. In addition, the 16nm FinFET + also helped Xilinx keep the power consumption of its chip low while also providing it with the necessary features.

With TSMC already having started shipments of the 16nm FinFET +, we should see more upgrades in the industry as other manufacturers, particularly the likes of Samsung also upgrade their designs and processes. Lets see how things shape up next year. Stay tuned and let us know what you think in the comments section below. We'll keep you updated on the latest in the meanwhile.