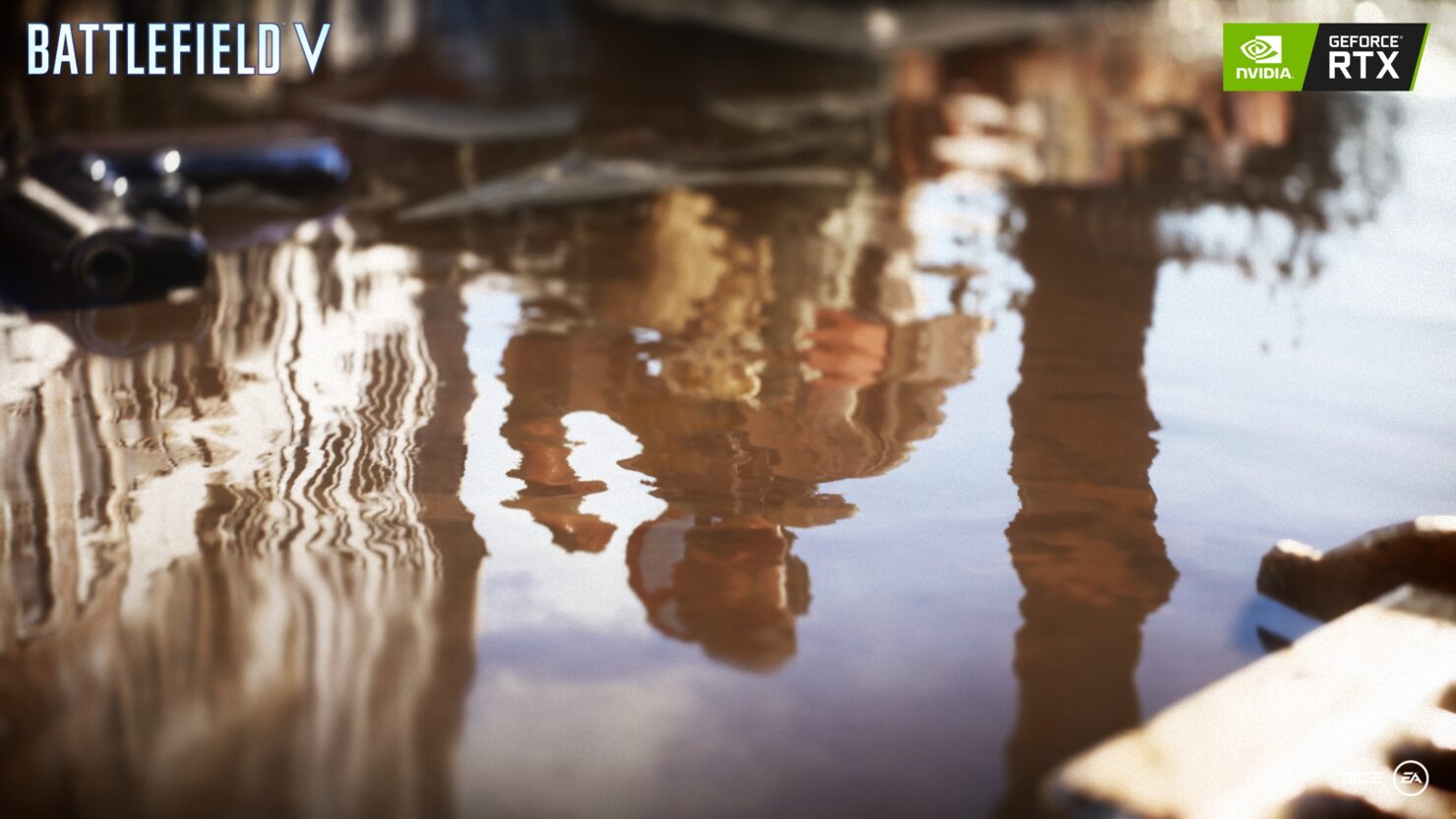 NVIDIA's RTX technology is getting all the attention from the media these days and we have more fuel to add to the fire. Brand new alpha footage of Battlefield V running NVIDIA's raytracing technology at 1080p upsampled has leaked out - and it looks absolutely gorgeous. The sense of realism, vividness and the feeling of the world coming alive is glaringly visible.

But don't take my word for it, see for yourself (keep in mind the video is badly compressed):

Even though the video is pretty badly compressed and much of the detail has been lost from the footage, the difference in lighting quality is painfully obvious. The shadows that the trees cast are incredibly detailed, the light fall-off is perfectly natural and the water on the road reflects the true-image around it - not just whats been programmed in. We have already seen the reflections on the cars and the footage is pretty smooth - the developer has commented before that the raytracing engine can handle 1080p 60 with "rock solid" performance.

This level of raytracing is only possible because NVIDIA's RTX series of GPUs have a whole different engine along with the standard shader engine. While GPUs currently only have shader engines, NVIDIA's RTX lineup contains a raytracing core which can accelerate raytracing performance massively. It has an effective 6x speedup from Pascal (if you tried to run this on the 1080 Ti, it would be a stuttering mess) and represents a revolutionary leap in graphics.

The last time the world of graphics has seen a leap like this was from sprite-based 2D graphics to 3D rasterized ones. The time has finally come to move from 3D rasterized graphics to 3D ray-traced ones. That said, this footage is not 100% raytraced right now since it would require a lot more computational power than even the RTX 2080 Ti's RT engine can provide. But this is the right path to take and the time when we would be running a game 100% in RT mode is finally on the horizon (the star wars demo at the RTX launch was running 100% on RT, but that was 1080p 22 fps) and I am sure we will see it in a couple of generations.

NVIDIA's RTX lineup is pretty good in conventional performance as well and can use its AI cores to accelerate standard FPS at 4K to almost twice that of its predecessors: